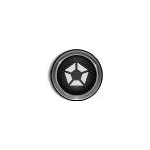 Your page is here :) Tia-Lewise

Haha, yeah, I clicked that, and it showed me the template. Then presto, I made an Original Character Page, and went, "Oh dammit. They're gonna hit me...."

It'll appear empty or nonexistent till you put something in it. Tia-Lewise

Regarding the message I only just realised in which you replied to me on the 1st...you wrong me. I never said it was a troll. I said that it sounded like the sort of thing a troll would write in without any source or additional information. I also said that despite that, I knew it wasn't a troll because I checked the edit history. Everyone else understood me and I'm not sure why you didn't.

Anyway, yeah. Hope that makes some sense to you. Tia-Lewise

You may wish to check the dates of posts before replying to them; the post you replied to is from 2008. Tia-Lewise

And this bothers me why? I don't worry about how many years back a post may be. I said my piece, and that's that. Unless there's a rule against doing this, I shall keep posting on new or dated posts.
--LuvLuvG (talk) 12:22, February 10, 2014 (UTC)

I never said it was against any rules, it's just common sense that nobody is going to check your post so adding it in is a little redundant. You have become rather rude since joining here, I must say, and it's completely unnecessary. Tia-Lewise

I'm just doing my job of alerting users when I deem it necessary. Some are bound to get needled by it. Don't worry about it. Tia-Lewise

Retrieved from "https://finalfantasy.fandom.com/wiki/User_talk:LuvLuvG?oldid=1822242"
Community content is available under CC-BY-SA unless otherwise noted.