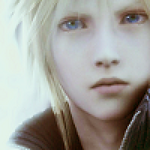 I'm afraid that you have been knocked out of the Grand Sorceror l'Cie Tournament, A Contest of Peons, in Round S5. Nonetheless, your participation was welcome, and you are therefore awarded this consolation userbox --

I am reviewing my l'Cie, with the intention of maintaining a certain standard.

Please get back to me as soon as possible --

Hope you like it. I also modified Neo's so you're partied up in the story bit. ;) Bluestarultor

If I haven't miscounted, you've voted in 11 fights so far -- Sorceror Nobody

Saw your fan page of Garnet, thought I'd share something with ya: http://www.youtube.com/watch?v=jKa8s4s3i2k

May I help with your dissidia characters pages? I have great character quotes for Garnet!? PLEASE!——Preceding unsigned comment was added by Silver Praetor (talk • contribs). Please sign your posts with ~~~~.

Thanks from the BSA! Edit

Have another one! :P

Congrats! You earned it!

Its OK! I'll allow a quick exception, seeing as I did just finish it 2 hrs ago :) But for future reference, try to get in before the deadline (roughly 2 weeks) ok. Thanks for voting and be sure to vote in the next round (up hopefully in about 12 hrs time lol!)

Late commendation is late but better than not at all --

Hello again, Krystal Tomlin! I just have one question: I applied for membership for the cloud fan club, but I have not received any message. What should I do? Thank you.

Like put my name under the member section? This is just to make sure I am not breaking any rules.

Sure. I'm fine with that. ^_^  CloudyKrystal

When ever you see this call me, I find out a way to talk on IRC.  NeoZEROX

Im not veteran in this wiki but i like final fantasy since whole my life and i read all facts about you and sounds very interesting person and in certains points is the same like me (upset easily or narrow-minded of certain topycs)and ¿you know how obtain more userboxes? for eixample i want doctor who userbox and battlestar galactica but i dont know because probaly have specific criteria for find itBorjitasstoi (talk) 11:24, February 26, 2017 (UTC)

Retrieved from "https://finalfantasy.fandom.com/wiki/User_talk:Krystal_Tomlin?oldid=3210981"
Community content is available under CC-BY-SA unless otherwise noted.