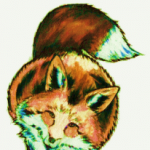 Inflammatory comments and personal attacks are not tolerated on this wiki. If you do not like the matches, there is no need to vote. — YuanSalut 23:55, July 8, 2013 (UTC)

For the record, this is the only warning you get on this. Any more ranting about the brackets, or swearing at other users (even in acronyms) gets deleted, and any votes associated with those comments forfeit. -- Some Color Mage ~ (Talk) 01:29, July 9, 2013 (UTC)

You really aren't the brightest, are you? The brackets are random because it would take too much time and effort to set up 'balanced' (which is already a subjective thing) fights for every character taking part. The fact that you can vote for 2 characters per fight means the first few rounds are there solely to get rid of dead-weight that no one cares about/hates/comes from a game no one has played. Furthermore, the others and I have noted your attitude to other users. We try to cultivate a mature community here, something which you are not exactly conducive to. Now, this message may not be the most mature, but hey, gotta put it in a way you can understand I guess. In summation: stop being so violently stupid, or at least do it where we can't see. User:R8.50Mango/Sig2 18:22, July 9, 2013 (UTC)

Retrieved from "https://finalfantasy.fandom.com/wiki/User_talk:Jeandeve?oldid=1675558"
Community content is available under CC-BY-SA unless otherwise noted.