Yeah, I noticed that you uploaded the male and female jobs and I thought you missed the Onion Knight so I added it myself. I noticed that the Dark Knight male artwork is uploaded but not the female one. Please do! Also, did you notice the gallery layout on the Onion Knight article? I thought we should somethng like that for the other Jobs too. Meaning, all the sprites to the gallery.

I think I can still remember the more minor ones, but this game is so long ago and even though I got this game in my Ps3 too its still some time consuming effort. I'll try to help what I can. Xenomic is a very hardworking editor and he would be of great help too.
Also don't let the others get you down. This wiki shouldn't be owned by anyone, the people here all want to give a comprehensive knowledge on the series to its readers, as this wiki is all about. 05:58, December 3, 2011 (UTC)

You want to add more characters to this list, or just info on what these characters in the list are?Keltainentoukokuu 18:07, December 4, 2011 (UTC)

I'm afraid I don't know any better list than this. If you have a save lategame in FFIX you could check out different towns and see the NPCs, or look at lets play videos on YouTube.Keltainentoukokuu

Hello! I would like to thank you for the awesome images you're uploading! I have a question, too: what's the book where you got the imagem of Baku with the Dragon Mask? Sorry about my english, and thanks again!

You sure those are official? I think those images were previously deleted for being fanart.Keltainentoukokuu 04:00, January 15, 2012 (UTC)

Yeah I remember them being here before but they were removed. They do look legit to me too though.Keltainentoukokuu 04:17, January 15, 2012 (UTC)

It's unknown where they are from. They're not from the official website, they are not the models ripped from the game, and no Ultimania guide exists for Before Crisis where they could have been scanned. (Maybe a guide exists with another name?) They also don't have any (C)Square Enix Tetsuya Nomura logos on them. I went looking online a bit and just found more ambiguous images that look like could be official but who knows that are not from the site you linked...Keltainentoukokuu 04:29, January 15, 2012 (UTC)

I think they may be from the Final Fantasy VII 10th Anniversary Ultimania book. Check here (scan from said book): http://www.creativeuncut.com/gallery-05/bc-character-faces.html Not everyone's artwork is on this picture though. I'll see if I can find any more info on this book.Keltainentoukokuu 04:43, January 15, 2012 (UTC)

Hmm. Well this is peculiar. I found a list of scans of what I assume to be the whole book online...and it doesn't have all those artworks...But the ones that were on it, were the same that are on that site. I'd pretty much say they are the real deal, though for the life of me I can't figure where they would get that female lion etc. images. Interestingly, I spotted another artwork I don't think we have... The concept art of the remnants of Sephiroth! Too bad the quality's pretty sucky here.Keltainentoukokuu 05:25, January 15, 2012 (UTC)

I have the book, and those images don't appear in it. By the way, the art and the colors doesn't even "fit" with previous artworks. They're just fanart, and if they're gonna stay in the pages, at last put in the description it's not official.

Thanks for clarifying. We cannot host fanart so they should be taken out.Keltainentoukokuu 16:15, January 15, 2012 (UTC)

I know, some people are infuriatingly talented!Keltainentoukokuu 19:04, January 15, 2012 (UTC)

That fanart is ok because it has been released under creative commons license by the person who drew it. It is quite uncommon for the wiki to use fanart like this, but I understand if there is just no other image available.Keltainentoukokuu 20:57, January 16, 2012 (UTC)

That is a cool site. I think I've been there before, or one like it! Better than Creative Uncut for FF arts.Keltainentoukokuu 22:32, January 18, 2012 (UTC)

A note since it seems a slideshow of your contributions, I'm uploading a mass of new FF8 enemy images and the old ones will be deleted or moved to new file names, if you wanna rename them or remove them or whatever. Doreiku Kuroofangu 16:56, May 6, 2012 (UTC)

Do you remember where you got [[:File:FFIXAmanoShiva.png|this pic]]? Some Amano expert here says it is not by Amano. Looks like there could be a sig in the corner but it's been cut off.Keltainentoukokuu 17:26, May 29, 2012 (UTC) 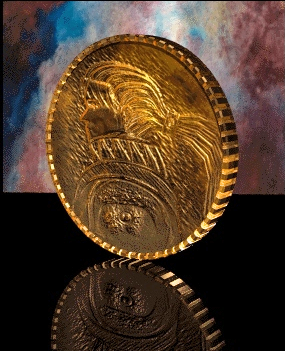 ) and wanted to know if that's an actual for sale product and if so, can you point me in the right direction to getting one? :) Thanks.

Retrieved from "https://finalfantasy.fandom.com/wiki/User_talk:Icysugarspike?oldid=2106709"
Community content is available under CC-BY-SA unless otherwise noted.