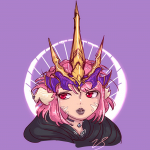 As you should know by now, I was banned from the #FFWiki, so I would like to say to you and anyone that goes to that IRC chat channel that I was overreacting, was acting very dumb, and deserved to be banned, but I would as much as anyone else would like to if they where banned, I would like to be unbanned and be able to get back on the #FFWiki. Please read this with a straight non favoritism mind and state your response on my talk page. Thank you. BTW, Faethin told me to ask talk to you.--NeoBahamut 20:26, 17 September 2008 (UTC)

FOR THOSE ABOUT TO ROCK

The topic does not lie, there is a Guitar Hero: Metalica in the making. Unless Game Informer lied to me...and Gamespot. Cloudofdarkness ^_^

Im the walkthrough you say that garuda is one of the hardest bosses in the game, but i dont think he is that hard, i used jump and did over 7000 damage, how much did you hit, just wondering.VentusFreak

Don't think for a second...

Retrieved from "https://finalfantasy.fandom.com/wiki/User_talk:Hexedmagica?oldid=3208601"
Community content is available under CC-BY-SA unless otherwise noted.