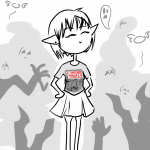 Although I will point out that you use the Gogo userbox :P so, yeah...uh, sorry about that xD Tia-Lewise

Regarding the Gold Chocobo thing Edit

Yeah, I just remembered and realized that I was a bit too strong in my post on the talk page, but it really annoyed me, and still does, how there is zero proof of this bug ever existing and yet this wiki (I didn't mean to try to single out individual people, just the page in general) still passes it off as legitimate. I couldn't even find a single video of it on Youtube or nicovideo! If it were real, there would definitely be one by now.

I've just edited it to say that it isn't real (but keeping the lore there - a much better idea than simply deleting it) and if you think that should be undone, I hope you have good reasons for doing so. Regardless, thanks for reaching out to me. --Chuckolator (talk) 06:40, October 23, 2014 (UTC)

Retrieved from "https://finalfantasy.fandom.com/wiki/User_talk:Fl%C3%BCstergras?oldid=1985141"
Community content is available under CC-BY-SA unless otherwise noted.