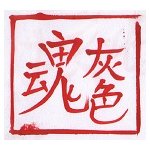 aka the Grey Spirit

If your purpose is to inquire about the fate of a deleted image, make sure to have read the following:

If you ask a question that has already been answered in any of those links, I will simply ignore it. Please take notice.

Yuan had something suddenly come up today, so she probably isn't able to record tonight. I know this is short notice, but I rolled you from the list of participants. Are you free tonight at 1:00 AM UTC to record? If not, I can always get someone else, or just record with three people instead. ScatheMote 16:46, July 1, 2012 (UTC)

I got your message; don't worry, 8bit is going to cover for you. I'll guarantee you a spot in the next video along with Yuan. I hope that everything is going well, and that you're okay. ScatheMote 21:29, July 1, 2012 (UTC)

Please comment on a potential redesign for Halloween to get publicity from Wikia. Doreiku Kuroofangu 01:59, October 16, 2012 (UTC)

I noticed that the Final Fantasy Wiki has a customized form that appears when you click on the Photo button on the editor. I would like to do something similar on the Harry Potter Wiki, as it might help to cut down some problems, but I have no idea how to do it. How do you customize that form? ProfessorTofty (talk) 13:10, November 2, 2012 (UTC)

http://finalfantasy.wikia.com/wiki/File:IMG_0776.PNG Please delete this? I forgot to rename the file while I was uploading~ s̅̅s̅̅o̅̅r̅̅c̅̅̅̅e̅̅n̅̅i̅̅v̅̅i̅̅d̅̅ 15:19, April 8, 2013 (UTC)

I'm just waiting for you to read the talk page and explain why my reference isn't valid.  Silent Voice

LOL. You're definitely not brown-nosing me right after blocking me. Hypocrite.

I blocked you because you were being disruptive. My enjoyment of the music you yourself publicised had nothing to do with it. It seems now, though, that you just like going out of your way to be as unpleasant as possible. Fëasindë Peth 02:33, July 12, 2013 (UTC)

lol... you again. First, it does represent me. I'd change my username, but I can't more than one time. I'd create another user, but I would be violating another of your little rules. By the way you gave me a page called "Obnoxiously Large Signature". My signature isn't large at all, so why look for problems where there isn't? I'm leaving it as it is, so all there's left to do for you is blocking. :^) fruitketchup (talk) 05:06, October 16, 2013 (UTC)

Primo: Your own signature doesn't even have your username in it. So stop bugging me with that. It's OK if you have no life, but I wasn't obligated to know that. 2: FFwikia is not the only wiki I'm on, so I can't keep track of 9999 rules at a time. 3: I don't care if you remove my votes on your little poll again. It's not a surprise since I voted for different characters than you.

Alright, don't get a life then.

You obviously remove any vote that's not on your side as much as possible... Ok. Carry on creaming yourself with your little polls. fruitketchup (talk) 17:00, October 16, 2013 (UTC)

Faethin, no one is going to know that "Feasinde" is you without checking. This is an English wiki. It's not a slight variation, it's an additional thing I have to remember. You being so uptight about the signature policy doesn't make sense. Only thin ice lets you keep your signature without issue, which only happens to be because you are an old-timer. JBed (talk) 18:17, October 16, 2013 (UTC)

How about you follow them while we're at it, Jeandeve. Tia-Lewise

Ok, I know this may sound silly but I'd like to thank you for remembering to put Erutan's article on the Votes for FA page. I really love her music and thought that her article should get more attention; I didn't vote only because normally I don't see that part of the Wiki. Anyway, thanks again. JC Holy Knight (talk) 02:20, December 10, 2013 (UTC)

I liked it very much indeed, it's a very good article. But looking at it again, something is bothering me a little: the article is saying that the "You're not alone" arrangement is entirely acoustic, when it has (much pretty) lyrics. Can we change this part? JC Holy Knight (talk) 01:46, December 11, 2013 (UTC)

Hey Fëasindë, wanted to stop by and let you know that we'll be pushing back that Expert Showcase for JRPGS into next week (because the video guy recording for us is too busy -.- ). Sorry for switching the date on ya, but we've selected Thursday, January 23rd, 2014 between 6 PM EST and 8 PM EST as our recording day. It'll probably only take us about 30-40 minutes to record, but if you keep those two hours open, it'll make it a bit easier to work with any slight delays.

Let me know if this date/timeslot doesn't work for you, we have the ability to push it to the 24th as well.

In the next few days, I'll edit this section with a link to a Google Doc which will have a rough script of questions and discussion topics so you can plan your answers!

We really appreciate you stepping in and helping us out, thank you. If you have any questions or concerns don't hesitate to let me know. Have a good one! TheBlueRogue (profile)•(talk)•(email) 20:11, January 13, 2014 (UTC)

Hey there, Fëasindë. Stopping in to give you an update with the date of this event.
We've moved the date to this Friday at 6 PM EST. Please let me know if this date works for you or not, as soon as you can. Thanks so much and have a good one! TheBlueRogue (profile)•(talk)•(email) 20:02, January 22, 2014 (UTC)

Fansidee, I don't care if you are greedy and keep nitpicking on everything I do just because you're an admin. Just stop trying to manipulate me with your threats. Thanks.

During the exam, we have to speak to an examiner one on one, almost like an interview. Of a given topic, we are asked questions, which we need to answer within an allotted time. It's often 1 minute 30 seconds for each question.

Essentially; examiner asks the question, and we need to talk about it for one minute and a half. However, if the time is not filled up, the examiner asks another "sub question" related to the topic. But it's just stuff like, 'porque?', basically asking us to either elaborate. So if the question was, 'que sugieren en este foto' (assuming there is a photo, but in this case not), we would talk about how we could see three people in it, how they looked like a family, w/e. But if the minute was still going, after talking about that, the examiner would ask, 'how old do they look?' or something, only if relevant. When we chose the topic out of a hat, we get told what the 3 questions are and get a bit of time to prepare.

The speaking exam consists of two main parts, the first part is a topic selected entirely at random. The questions this one asks are mostly about moral issues, society, etc. It's just asking us to talk fairly in depth about our opinion. The topics to chose from, and example questions:

Sometimes we'd get three questions from the entertainment topic and they'd all be about music, or three on misogyny and none of them would be about violence. So it varies, it's just us being prepared.

This one is easier. It's a conversation with the examiner, but still 1 minute 30 for each question in which 'sub questions' will be asked. This one is asking about the examinee. So the examiner will ask us three questions about ourselves/

This one places more emphasis on the 'conversation' part. So if I was asked my hobbies and I said "gaming, music, swimming, [little bit of expansion goes here]", the examiner could then ask, "what games do you like?", and I could then say, "oh I like Final Fantasy because [list of reasons]", and then they could reasons, etc. Similarly, if the conversation was mostly about one hobby, and there was time remaining, the examiner could ask, "what other things do you like?" to ensure I know about more than just those.

And that's basically all I have to do for speaking.

There is an option to turn on Require all contributors to log in in Special:WikiFeatures which may help you if it continues Noreplyztalk 00:29, November 19, 2015 (UTC)

Retrieved from "https://finalfantasy.fandom.com/wiki/User_talk:F%C3%ABasind%C3%AB?oldid=2189030"
Community content is available under CC-BY-SA unless otherwise noted.