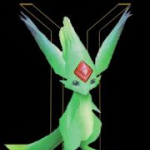 No prob. Just wondering, why haven't you created a userpage? Not that it's necessary, it's just the *people* would like to know more about you. :D

Not bad, want me to align your userboxes for you? There's userboxes already made here, if you wanna take a look. :D

Cool. I wasn't that good with coding either, you just gotta practice, and use logic. If you mess it up, copy and paste the code again ._.

Yo, nice work on the VI music battle page! Keep up the good work!

Just remember to add categories when you create a page, it makes navigation easier.

Do you edit on any other wikis? There's a great deal of game wikias out there, I'm sure you'll find 'em :P I see you've been checking out the to-do list. Another good way to edit is to check the Recent changes or random page. Nothing could be easier.

I don't edit on any other wikias, but yea, I've been checking the To-Do list. I eventually want to write a walkthrough for FFVIII, and the PS versions of the older FF games, but I gotta wait till this summer when I have more free time :P EpicCarbunkl 04:37, April 22, 2012 (UTC)

The name is "Talk bubble", and I could make you on :P I need what you want for a pic, and some colours.

Okay, gimmeh a few minutes. I'll see what I can do.

There you go, if you want me to change the colours, that's fine.

Yay, it's nice looking. Although, how do you change the thing that says, "It's party time, little lady"? Other than that, it's really good looking.

Ah, well, you go to User:EpicCarbunkl/Talk and change the sig line. It's where you put a quote, or whatever. I put what's there because it's like the only time I know where he talks. Why, what do you want there?

Yo, long time no talk EC! How ya been?

So I have seen that you don't have a signature. What's that? It's this;

Tidus357. So, naturally, I was thinking maybe you wanted one? I'm not the exact best at this stuff, but I could make you one if ya like! :) there is also a tutorial here, if you want to make one yourself. See you later! :D

Oh, hey TidusTehSacrificer! Sorry about my 3 day late reply! Been busy lately. Anyway, I'll try my hand at making a signature! If I don't get it, then I'll gladly have you make one. Thanks! EpicCarbunkl 00:09, May 18, 2012 (UTC)

Naw, s'okay, I know it's sometimes difficult to get internet :P Making one is difficult if you're not good at coding, so I had to use the tutorial. And, it was still pretty basic. just the one you see above. I'm using a new one now, but I'm not gunna use it all the time. Ask if you have any questions! User:TidusTehSacrificer357/BigSig 00:34, May 18, 2012 (UTC)

Simple, he just put the image in an image editing software and mirrored it, and uploaded a different one to Imageshack. Cat: meow ∙ hunt 00:53, May 19, 2012 (UTC)
Thanks for fielding that Cat. :)
Yeah, that's exactly what I did. There's a "tutorial" by Keltainentoukokuu on uploading images on my talk page, if you need it. Keep up the good work! :D

Okay, here's the first message with my sig. How does it look?

That... Is amazing, EC. Well done! It looks cool! But, it looks very similar to mine. Been copying, have ya? :3

Don't worry, I don't mind, you do whatever you like with my coding (just don't change any templates :S). Just make sure that if you want to copy someone else's stuff, you ask first, and edit it. Have fun with your new sig!

Retrieved from "https://finalfantasy.fandom.com/wiki/User_talk:EpicCarbunkl?oldid=1343659"
Community content is available under CC-BY-SA unless otherwise noted.