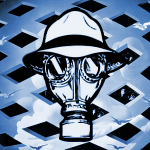 Hear ye, hear ye.
This is AuronKaizer's talk page, and as such, is indefinitely more awesome than any other talk page known to man, woman or cerebral palsy victims. Feel free to speak your mind (if you can spare any of it) to me about anything, really, and expect a sarcastic, searingly burning and possibly self-esteem shattering response. There are no rules, use all the language you can (I dare ye!) because this is a talk page of the people, and not a factory for mindless robots like Wikipedia.

Dude, you should check out my Fan Fic. It has gotten a lot of attention.Xepscern Highwind

Second AK's comments on both CSM and BH. From what I've read in old talk topics, he was always wrong and could never just admit to it, and laid down unintelligible rules, abusing his power as "the one and only BCrat". The last stand between CSM and Hecko was hilarious because of how Hecko was so right. And BH is just a twat...  ILHI 15:02, 15 May 2009 (UTC)

very, very much for having to do this here, but I have recently been blocked for three months from the zelda wiki, not even allowed to discuss it on my talk page. The reason given is that I allegedly swore on EverydayJoe45's talk page. I cannot find any swearword, unless "hell" qualifies, and I have never seen this as a blockable offense on any wiki. If it is on yours, then I fully apologize and I will make sure not to do it again.

I am going to try very, very hard to be polite about this, but EJ45 appears to have systematically reverted all of my edits, even those that were simply spelling or grammar corrections, and then blocked me without ever discussing his reasons, after I objected to his reversions on his talk page. I admit that I was not totally polite when stating my objections, but I think the cases are clear:

I am at a loss here. If you are familiar with me at all (or you just look at my contributions), you can tell that I am no vandal. I even worked on the Zelda project at wikipedia for several years, until the non-game info was excised.

On a mostly unrelated note, another of my edit's was reverted, innocently, at "Manbo", in which I specified his species (which the game does as well). This is relevant to the page, as it claims he is "overgrown", when he is simply what he says he is - a sunfish. I understand why the revision was made, but some kind of explanation should be made on the page.

Also, as for the deity speculation, I have gone and found the original text:

EDIT: Very sorry for continuing to post here, but I just noticed that the Hoiger page isn't even referring to the correct character. The Ho Ho leader, which it talks about, is unnamed. Hoiger is the character you trade the kaleidoscope to.Glorious CHAOS! 00:43, December 23, 2009 (UTC)

I don't completely understand the message you left on my talk page, but I'm going to assume the best and just say again: Good luck with your wiki, I hope you guys accomplish what you're trying to do. If you guys ever visit Zelda Wiki, maybe I'll see you there.Glorious CHAOS! 13:16, December 24, 2009 (UTC)

Hey there Auron. Just dropped by to say that your clan rank in XII is "Paragon of Justice", as you said you didn't know on your userpage. See you 'round.

Well, obviously. I'll make sure to tell it the next time I meet my broken, smashed-up copy in the hell in which that game belongs (On a diversionary field trip from Heaven, don't you know.) --AuronKaizer! 00:55, May 8, 2012 (UTC)

Retrieved from "https://finalfantasy.fandom.com/wiki/User_talk:AuronKaizer?oldid=1345924"
Community content is available under CC-BY-SA unless otherwise noted.