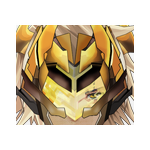 Thanks for helping with the image of Merlwyb. Unfortunately I didn't get your message before I added several other images to the wiki. @.@ I'll try and clean up the mess. Do I need to ask permission from SE before uploading, or do I just have to make a page related to the copyright like you did? Yrusama 00:47, June 14, 2012 (UTC)

Cat already answered your question, but yeah, we can claim free use for most Square Enix material. Just place the license and category on the file page itself, which you can do while uploading. 8bit 01:53, June 14, 2012 (UTC)

My name is Peter and I'm from Wikia. I wanted to give you a heads up that we're planning on writing a blog post that is sponsored by an advertiser in early July. The blog post will be a simple but cool recap of the Final Fantasy series. Just thought you'd like to know, please let me know if you foresee any problems or issues with this. Thanks so much, Peter 18:29, June 27, 2012 (UTC)

Sounds cool, looking forward to it. I suppose it's about the whole 25 anniversary thing they have going on this year, and Theatrhythm that's kinda a tribute game for that.Keltainentoukokuu 18:44, June 27, 2012 (UTC)

Hey again guys, thanks for being so agreeable on this. I wanted to confirm that yes, I was referring to creating the blog on this wiki for the recap. Since you guys don't have blogs enabled, we are hoping to create a page on the wiki instead. If you can confirm for me that this is alright as soon as possible that would be great. We're hoping to put the page live tomorrow, July 3. We could call it "Final Fantasy Recap"...? Look forward to hearing back as soon as you can reply... thanks again! Peter 00:25, July 3, 2012 (UTC)

Oh, hmm, I assumed this would be a blog on Wikia. The page that you are envisioning would preferably be in project space, and not in mainspace. Final Fantasy Wiki: Final Fantasy Recap or something similar, does that work? 8bit 04:20, July 3, 2012 (UTC)

I would also support this blog being moved to projectspace. Doesn't seem geared for mainspace, and since no blogs, I feel it would fit best in projectspace. - +DeadlySlashSword+ 05:28, July 3, 2012 (UTC)

Added page to project space, It's an image which I think I gave the proper categories, but feel free to add/change. Final_Fantasy_Wiki:Final_Fantasy_Recap. Thanks for all your help and suggestions, and for being willing to let us give this a shot. cheers Sena 15:45, July 3, 2012 (UTC)

Hi! Sorry for the late reply. If you don't want to rename your old account and inherit all its previous edits, I can delete that account and you can feel free to make a new one. I can also block the SSFF6B account to prevent its recreation, but I don't think that will be necessary. 8bit 17:15, August 28, 2012 (UTC)

Wikia is hosting a "Fantasy Fellowship" to commemorate The Hobbit and Hobbit Day!

Check out this blog on how Final Fantasy Wiki can get involved!

If my say has anything to do with it, I'd rather not, because it seems like we advertise The Hobbit in exchange for getting advertising on w:, and we sure don't need new advertising. C A T U S E 04:15, September 15, 2012 (UTC)

Need Input on Issue with Usernames and Article NamesEdit

Please comment on a potential redesign for Halloween to get publicity from Wikia. Doreiku Kuroofangu 01:59, October 16, 2012 (UTC)

I wanted to post a quick question for the administrators here about the content of Final Fantasy XIV, so if you could share this also with members of the team that weren't directly contacted, it would be much appreciated :)

Obviously all of you are much more knowledgeable about the game series than I am, so I'd like your opinion on where the content for the game should be placed and where best it would benefit the players:

If the second, would you be willing to assist in revamping the existing FFXIV wiki?

Thanks for your time and input!

Search functionality not working on the Final Fantasy wiki, every search defaults to 'Gold'

Alright, I'll ask around, but Go search doesn't seem to fix the problem. Do you have the problem on any other wikis, like Neir Wiki or my test wiki (which should be pretty much at default settings?) C A T U S E 06:07, August 22, 2013 (UTC)

The chances of me picking up Revenant Wings again is pretty low, plus everything I wrote 5 years ago was pretty trash anyway XD I will start deleting it myself. 8bit 18:55, December 3, 2013 (UTC)

Hey. I plan to be an admin here on Final Fantasy Wiki. What my background is to monitor non-admin users, including those on my wikis and ban those who do not follow the rules. Speaking of that, I will work every other day.

Hello! We periodically discuss staff promotions based on contribution to the wiki and personal merit. You're welcome to contribute as you like, but please keep in mind adminship is a privilege to be agreed upon, not demanded. Also, if you could sign your posts with ~~~~, that would be great. 8bit 23:25, September 10, 2014 (UTC)

Hello! I'm from the FCB Wiki. I would like to request to be affiliated with your wiki. Here is our wordmark.

Hello how are you? i would like to know did you guys removed the wikipedia theme like page on this wikia?

If you are referring to the site layout that is setup like Wikipedia (called Monobook), yes, unfortunately it is not present on this wiki anymore :< I hope you're able to navigate decently using the current site layout! 8bit 02:31, August 14, 2019 (UTC)

Retrieved from "https://finalfantasy.fandom.com/wiki/User_talk:8bit_BlackMage?oldid=3209423"
Community content is available under CC-BY-SA unless otherwise noted.