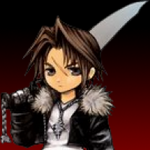 Myself as a Dissidia CharacterEdit

A warrior youth who battles using odd techniques.
Brought into the conflict to fight for Cosmos by accident, his newfound abilities and strength comes from the training he's had from the other Warriors, making them all friends as they fought together. Unaware of the power he now possesses, he fights his enemies with hot-headedness and passion unlike any of them had seen, utilising moves he has seen in Anime, Manga and Video Games.
Battling to protect those he holds dear to him, he rushes into the conflict with optimism, skill and foolishness.

Zodiarkmaster is known as the "Subspace Slicer", utilising attacks based on ones he's seen used in Manga, Anime or other Video Games, swiching his weapons in conjunction with each move. His appearance is a mish-mash of peices of clothing from various Manga and Games, His hair is Brown and styled like Sasuke Uchiha's, he wears Scott Pilgrim's Jacket, a plain white T-Shirt, Squall's Necklace, Black Jeans and Hiking Boots. A Konoha Forehead Protector hangs from his belt loops. His alternate costume gives him an open Akatsuki cloak, a green t-shirt with Knuckles on the bottom left, changes his jeans to a dark blue and the forehead protecter gains a Slash through it. His Manikin form, Unknown Player, is Green with Silver features.
He uses the following weapons:
Hunter's Dagger
Bone Katana "Wolf"
Hunter's Bow
Bone Axe
Javelin
Knifes

Zodiarkmaster's EX Mode is called Decorations Active, which changes his Weapons into their ultimate forms and envelops him in a green (or, alternitivley, Yellow) light. EX Mode gives him the abilities Frenzy, Crisis and HvnlyShield. Frenzy increases the strength Zodiarkmaster's brave hits, Crisis gives him a 35% chance to instantly break his opponent if he is in danger of break or at low health and HvnlySheild protects him from being hit by projectiles when moving.

Retrieved from "https://finalfantasy.fandom.com/wiki/User:Zodiarkmaster?oldid=3221975"
Community content is available under CC-BY-SA unless otherwise noted.