Where the association of the color green with Poison came from

FFX Boss Tactics guide - 2 hrs of indepth analysis with onscreen text overview for easy consultation. One of the best guides I have ever seen. WD dansg08

Imaginary playthrough. Planning and story are the most fun anyway, which gave me the idea for Gambits before FF12 came out. It was literally a dream come true.

Three characters , most have high Battle Lore and/or combo, all have Heavy Armor. Heavy Monks, or light for big HP bonuses which are nearly as good. Auto-Bravery suit. Throw in Time, Black, Arcane Magick for utility, versatility & smiles.

Knight-Mateus: Esuna, Cleanse, Curaga, Regen. Knight-Hashmal: Confuse, Faith, Bravery, Curaja
Main tank. 3rd healer. Evade + Tank gets diminishing returns, but it is the ultimate defense. Nod to the past. Evade Daggers/Shields were my bread and butter in the 1st release; should get some use still. Can switch to Ninja Sword/Genji Gloves or Tournesol.

Next up: the challenge of finding the best combinations while using all twelve jobs

Archer-Quickening for Cura and Raise. Physical and Magickal Elements. Souleater with Balance. Swiftness 3

Giza Plains in the Rains is rich chest loot

Munchkin (Final Fantasy XIII-2) is the best Commando in the game, in three narrow categories: BEST EARLIEST COM, best power to cost ratio, and longest duration of utility (assuming you get it early). You have to go elsewhere from Bresha Ruins 005, so most players just keep going and only return much later to deal with 300 AF. Because the game expects you to wait, one of the enemies in 300 AF is deadly (Purple Chocobo) and one is unthinkably powerful (Tonberry). But the Munchkins and Circuitrons aren't; they are trash enemies by comparison, and can easily be farmed at the level the game expects you to first encounter them, but soon after 005, they are powerful rewards. An Early Peaker like the Pulsework Knight Sentinel, the Munchkin becomes nearly 500 Strength and 400 HP at level 20. The Circuitron is good, too, but so soon replaced by the Cloudburst that you could easily skip it. Like I said, you will need to leave 005 to get Moogle Throw and come back to fight Atlas. When Atlas is defeated, the side area opens up. Use a wild artifact to get through the gate. Fight and capture a Munchkin, a Circuitron if you like, and flee from everything else. Complete any tasks in 300 AF you think are worth the extra effort, and go take the rest of the timeline by storm. You can do crazy things from this point because of the extra power, like getting a Green Chocobo sooner.

However much the developers may have paved the way for players to do all of this in a particular order, they definitely anticipated that it might be done earlier. It's even in the name: Munchkin. That's the roleplaying gamers' name for someone who seizes every advantage that the limitations of game mechanics have to offer, at the expense of aesthetic considerations. Of course, this definition ignores the munchkin player's chosen aesthetic.

I honestly don't know how the below compares to the results of this video series, but look at both: https://www.youtube.com/watch?v=tspNsTrH3aM

Serah is the hardest to do-she has two ways to get Magic-every single offensive role that is to be used on large nodes on odd levels must always first be prepared with a small node on even levels, and never twice in succession with small nodes. +196 Magic from RAV (98 nodes odd or even), +98 from SAB (49 odd), and +98 from SYN (49 odd). One large node left for COM, +2 Str.

Noel can only use 147 of the large nodes on strength, with +196 Strength from COM (98 nodes odd or even), and +98 from SAB (49 even). Fifty large nodes left for any combination of RAV (odd or even) and SYN (49 odd), for a total of +100 Magic. While he must always prepare SAB to get strength in the same way as Serah preps it for magic, he has a choice of RAV or SYN for magic.

After 60 RAV, there are no new abilities to be gained. If always spending to reach new abilities rather than purely raising levels is desired, then in the long runs of nodes small to large and back again, it may be necessary to do long runs of raising only SYN or SAB, neglecting MED somewhat. Otherwise, Serah can instead go MED small, RAV large.

Optional inclusion: Because of the desirability of avoiding the addition of unwanted passive abilities, it may be preferable to infuse many, lower level creatures that have not yet learned new passive abilities, to reach the 99 levels required for learning hidden abilities

When ten abilities are already present, higher ranking abilities will replace lower ones

Welcome to FF Wiki, celebrating a game series that tries to reinvent itself each time, with pages that list all the items and abilities that remain the same. 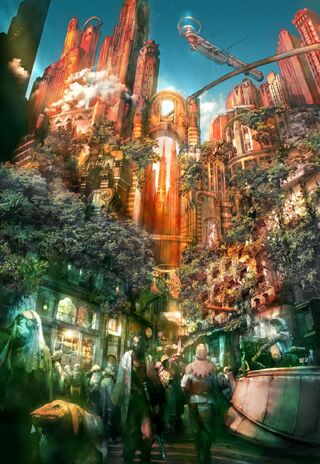 Where each individual creature gets a page, but location pages don't mention a single monster-fixed; thank you so much-.

Where the existence of internal links is by no means assured. You really might just be better off with an IGN guide, and that is a sad thing indeed.

Nine FF games on PS1. Two on PS2. One on PS3. The maximum limit of $ per game has already been reached
Those walkthroughs on YouTube just keep looking better and better.

• Anarchy Online Wiki User page • (AO Devs Wiki).
Wikia has a mirror of that site, but it lacks the database-linking icons.
Free Sci-Fi MMORPG, the expanded content is pay-per-play. Still the most generous MMORPG in terms of offering scope to players to improve their characters. No other game makers seem to understand that giving things to players to play with is sort of the definition of making games, but to be fair, I suppose that Funcom might have done it by accident, like Bethesda gave away high speed flight and infinitely high potions in Morrowind.
Crippled by the Million Greys syndrome, where nothing remains to level on at higher levels, unless you pay, at which it turns into a tank-pulls-and-taunts, healers-heal, nukers-nuke grind. Which I actually miss, in fact, after being infected by that particular virus in Dark Age of Camelot, so I may pay someday.

• Legend of Dragoon Wikia User page • Sort of the opposite of Vagrant Story. Who wrote all those amazing room names in VS, I would like to know? I cannot believe a non-native speaker of English could possibly have done that. If it was a non-native, we should immediately freeze some of their genetic material because they are obviously a genius of a very high order. With Legend of Dragoon, on the other hand, I have a personal fantasy that the exquisitely bad English translation was actually done by a double-digit IQ English speaker who somehow conned Sony into thinking s/he could do the job. It is sort of boring just for it to be some nephew of a producer who spent a month at an English Language summer camp.
The plot is quite good, and it shares with VS the virtue of stories hinted at but left untold, about which the viewer can make up their own mind. And of course the FMV's are still amazing even today. Legend Of Dragoon: Rose's Memory 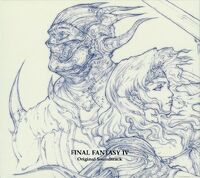 • The Vault User page • Fallout Wikia. Ausir is a Fallout fan. He runs the Fallout Wikia single handed. I feel as though the lack of coverage of Tactics, etc, follows the same pattern as other Fallout 'fans', which means they hate everything Fallout that is not Fallout 1 or 2. He is unlike other 'fans' who show their love for 1 and 2 by faithfully hating 3, Oblivion, Morrowind, Bethesda, and people who like those things, but the ethos that the fan base must be obeyed interferes even with coverage of 3. When he ganged up on me at the Wikipedia Fallout (series) article, trying to push the party line about the Fallout Boy icon, I said enough is enough, leaving the gaps in coverage on 1 and 2 you could drive the Oil Tanker through and the almost complete lack of coverage of the other games (except 3, of course). Not very mature of me, perhaps. I have definitely encountered worse, and I may go back.

• It's worse. The Anti-capitalization Project uncapitalizes all the game elements that should be proper nouns. Users are blocked for capitalizing the names of locations that are capitalized in the game (no exaggeration). Fallout 3 is set in Washington DC, and as such the locations there are part of history, but material about real life history in the location articles is being thoroughly and swiftly removed

• UESP User page • Elder Scrolls, including Morrowind and Oblivion. Owned by a small clique, who have the notches on their axes to prove it, so be wary, all those who venture there. By then an experienced user, I was scrupulously polite and correct in every way, and encountered personal attacks and IDIDN'THEARTHAT at every turn. It is a good Wiki already, very well filled out, so why bother with finishing touches? I would if I could, but I can't, so I won't.

• FFXIclopedia User page • A Wiki in name only; every detail of every page is patrolled for intruders who dare to edit, and formatted to a pastel death. At that time a complete noob, I used repeated Saves instead of the Preview button. I attempted to fix a page which looked terrible on Netscape Navigator, thereby, unbeknownst to me, making it look terrible on Firefox, when it had previously looked fine. I objected to the edit-conflict-reverts of what I thought was good work and got a haughty and uninsightful response. The Banhammer instantly descended when, realizing what had happened, I attempted to explain and defend my actions.

• Battleforge Wikia User page • Cannot decide whether to say, terrible game, or lots of fun. Free game, but the cards cost money, so caveat again. Got tired of the steep curve towards power cards and grinding for upgrades, and a Wiki that was me and some other guy. The smooth looking layout was utterly ruined by the Wikia update, and I do not know enough about coding to fix it.

• Diablo Wikia User page • It is not all misery behind me, but then, I only made 24 edits there.

• Perfect World International Wikia User page • Beautiful scenery. A perfect way to kill time by rolling an Elf and flying around the whole place until you have seen it all. If being able to leap in a parabola 25 feet long and 10 feet high without any performance enhancing drugs whatever appeals to you, this is where you can see whether it is all you dreamed it was. 50 edits.

• Planescape Torment Wikia User page • Baldur's Gate tended to reinforce the notion that Black Isle just lucked out when they made Fallout, or that the tap was running considerably drier. Torment proved it was skill, and that there might be no end to their innovation and creativity, and therefore, that there was a little less justice in the world when Black Isle met its sad demise.