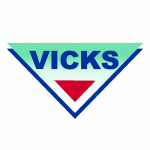 As it implies, VIII is my favorite game in the series.

I enjoy crossovers, because we can see how older franchises that we've not seen or heard in a long time, and see how different personalities interact and witness the outcome.

What I hate the most is how certain main series games are constantly milked out for cash *cough* VII *cough*, and at the same time Square doesn't entirely listen to its fans (just give us a ****ing remake already...), well...not outside Japan at least.

When video games made a name for themselves, and created a whole new industry.

What can I say about this innovation? It inspired many RPGs for its use of job selection, customization, and progression. I played the remake and...got really bored afterwards. But its influence can be seen in many JRPGs and its unique RPG mechanics have lasted in future games.

Considered as one of the black sheeps in the main series, it did however introduce several staple trademarks, including Chocobos, a storyline, A Cid, a Final Boss Theme...but the gameplay is the sole reason why the game is considered one of the worst. I guess it can be overlooked if the game has a decent story though, which I'll check out on YouTube at some point.

Another huge kick start for the Job System, taking the concept to a whole new level, and more tactics and strategies to battles...yeah they re-released it for the DS, but I'd rather play the original version since I don't like the addition of new characters to the original story, so Onion Knight(s) 1 - Luneth, Ingus, Refia, Arc 0.

Considered one of the best games in the series, IV pushed the story and introduced character developments, evocative music, and many iconic moments that are well remembered to this day...though I haven't actually played this game. That's right, there are a lot of games I'm missing out on, and this is one of them. I'm still content on playing the original version for SNES, so I'll wait for a virtual console release on the 3ds. Technically this game should be part of the golden era, but unfortunately spawned a sequel that nobody really asked for...sorry.

Yet another Japan only release at the time, a lot of the spin-offs in the series with multiple job classes or fantasy tradition take inspiration from this particular entry, and its easy to see why. The Job system reached its peak, with a hell of a lot of variety that added more strategy to battles. Plus, let's not forget other staples, including terrain Chocobos, Gilgamesh, crazy new jobs, Gilgamesh, reverse crossdressing... Gilgamesh, permanent deaths, Gilgamesh, music, and most importantly Gilgamesh. BTW, another game I've not played yet...Oh, and did I mention Gilgamesh?

The era where the FF series in particular shone and stood out as one of the video game greats.

A game that set the bar for RPGs, it not only changed the way people saw the genre, but gave it a whole new meaning to the term "Role-Play". The gameplay itself wasn't too different, but the story is without a doubt the best in the entire series. So far, no other main game gave so much freedom and choices in deciding the fates of the main characters. Even to this day, there are no true main protagonists, yet they each had their struggles throughout the game and held a place in our hearts...except for Umaro and Gogo. Yet ANOTHER classic I've yet to fully experience, though I have the PS1 version on PS3, the loading times and bad translation were just too unbearable. Like V, I'll have to wait for a price cut on the Android.

Funny enough, I played this game after the next game, but I will brag and say that I bought this at (when it was still running) Blockbuster during my middle school years. How much? Brand new, Pre-owned for £1.99. That's right, around $3.35, complete with manual and preview disc for FFVIII, but the fact that I already had the game made it more epic. Anyway, the opening music really got me pumped up and excited for what was in store, FMV cutscenes, addictive Materia system that still holds up to this day, iconic characters, and of course, Aerith...or Aeris as you all remember her. And despite its glorious milking with sequels nobody really cared about, the fact is it helped the series become known around the world, which set the bar for future entries, is enough to firmly validate its place in the Golden Era.

The one that started it all for me. Growing up with an EPIC opening sequence will stay with me for the rest of my life. Although I stopped playing at one point because of that Gerogero...that guy was scary y,know? But then when I found out there were more eye-catching and colourful GF, the more motivated I was to discover the secrets behind the game, and it was well worth it. A huge world to explore with many secrets, the story itself focused on character development rather than plot, but a character that has dealt with inner emotional turmoil. Awesome summoning sequences, and many franchise staples, including realistic proportioned characters, -ara and -aga terms, and the most addictive minigame in FF history: Triple Triad. But it did away with a few things, like no MP cost, using magic to power yourself up, and cool dream sequences for the secondary protagonist. Hell, at least it tried something different, right?

With so many allusions to previous games in the series, many thought this was the last game in the series. If it did end, it would've ended with satisfaction. Back to the fantasy roots, memorable characters, a whole unity of what made the Final Fantasy series unique to begin with. If the original creator and long time composer says this is their favourite, then you absolutely cannot say no to this game. All I hope is that they don't make a sequel. They did that with IV, and I pray that this games reputation will not be tarnished by a sequel nobody asks for...

The era that...well...spawned spin-offs and sequels that nobody really wanted and caused many people to wonder what the **** Square was doing.

The next huge step in Final Fantasy, X introduced voices and a more simplified battle system to the series. One of the best main series story, in my opinion, and an emotional ending that a marked the beginning to one of the great starts for the PS2...then Square merged Enix, created Eternal Calm, which eventually led to X-2, and an audio drama that shat on everything great about the original. EPIC FAIL X(

Never was into an "online" Final Fantasy, even though its incredibly profitable. I will say, though, after over a decade, that servers are still running, that's quite impressive. But Final Fantasy shouldn't be online, so its a no for me.

While X didn't have as much exploration as previous games, XII on the other hand took the series into a whole new dimension. Integrating the Tactics battle system and creating the best battle system in the main series, combined with real-time environments, no random encounters, The Leading Man, and an addictive Hunts made it my second favourite game. Revenant Wings released later, but I heard it was good, like most games in the Ivalice Alliance.

Okay, here's how I sum up XIII:

And the rest is best left forgotten...

Could this be the era where the series returns to it's former glory? Only time will tell...

Don't get me started on version 1.0, but a Realm Reborn made a HUGE recovery, and it gave surprising expectations. As I said, I'm not into an online FF, but I MIGHT consider it.

And of course, Versus XIII...as it was formerly known. Ever since I saw the trailer, I was more and more excited for this game. And the E3 trailer showing its transformation is one of two reasons I have a PS4, the other being KH3 (C'mon, you were hyped about it too, right?). Nomura succeeded with the Kingdom Hearts series, so this entry should be no different. Fingers crossed!

Retrieved from "https://finalfantasy.fandom.com/wiki/User:Vapor_Rub?oldid=2308035"
Community content is available under CC-BY-SA unless otherwise noted.