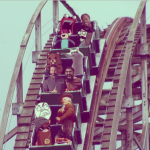 Why do people insist on creating things that will inevitably be destroyed? Why do people cling to life, knowing that they must someday die? ...Knowing that none of it will have meant anything once they do?
―Kefka, Final Fantasy VI

There are too many Kefka Quotes
―UltimateAnnihilation, Final Fantasy VI

Hey there. First thing's first, I use the Monobook layout, so click here to see my page how I do. Anyways, my real name's Sacha and I live in the UK. I joined up on this wiki to generally contribute my thoughts and stuff as well as hopefully make useful edits. Unlike many other users, I don't keep a list of the pages I've created or big things I've done for the wiki, mainly because I can't really be bothered to go back through my history, but also because I like to think of myself as quite humble. Finally: check out my friend Coolawits' page. He has loads of cool stuff including a few fan fictions, an arena, a fanclub, and more. Look below to see my templates and stuff.

And here's my sig  Ultimate

Annihilation . Can't touch this. I originally made this one:
Ultimate

Annihilation, but it's too big to use, even though it's undoubtedly cooler in my perspective.

Why am I here?

There are a couple of reasons why I joined this wiki. The first one is that I have been subject to the nattering of Coolawits about it for a while now. But secondly, I really wanted to contribute to something, but I wanted to enjoy it too; so here I am! I hope to eventually finish my page and do a few Dissidia Character movesets (made up ones) and maybe even walkthroughs. Oh, my favourite Final Fantasy is ten because it is overall awesome and also the first Final Fantasy game I ever played, which is why I'm SO PSYCHED that it's coming out for PS3/Vita!!!

Look at this link if you want. This will probably be deleted or moved some time soon, as I spelt preferences wrong (... d'oh!) and am not really contributing to it anymore.

Here are my awards which are not very prestigious, but I am nevertheless proud of them.

I'm a member of the Lightning Fan Club!!!

I'm also a "moderator" of the Yeul Fanclub

I'm also a member of the Vanille FaNClub

and the Sazh Fanclub, but there's no award or plated thingimebob for that.

I appear to have been made a L'Cie.

Here is the Template I am using.

Stopped. Will continue. Eventually. (Probably after X HD comes out)

This section will be where I post stuff that's on my mind, like fan stuff or rants or essays of the sort. Don't expect too much stuff here, as I have a million other projects going on right now, plus my skoolio.

To do: Essay on Final Fantasy X-2!

So, yeah that's me pretty much covered. Final Fantasy-wise anyway. I've already tried to do a few edits that aren't of my own page or Dissidia Profiles, which hopefully will be of some use to somebody somewhere. I promise one day they will be much more worthwhile, especially if a new game comes out (i.e. Type-0, LR:XIII and Versus XIII); I will intently watch out for missed-out content or mistakes. I've started a walkthrough too and will proceed to make a few more, so check those out when they're finished, if you can be bothered that is.

But overall, I think I've got the hang of this wikia thing, even though I started not too long ago, and will proceed to aim to be more like some of the Admins and Moderators of this thing.

Retrieved from "https://finalfantasy.fandom.com/wiki/User:UltimateAnnihilation?oldid=1906224"
Community content is available under CC-BY-SA unless otherwise noted.