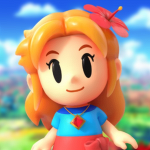 Hello "every body", I'm Timeman, from Catalonia, Spain. I don't know enough English to keep the "perfect harmony" of this Wiki, but I always like to read most of the articles that can be found here (more than the Spanish version... that's a Chaos realm XD).

My story with Final Fantasy seriesEdit

Well, it all started with my pirate DS card (that is actually broken). It had a lot of games, and one of them was Final Fantasy III DS. As the game was "quite new" for that moment, I consider that I was too "young" to play (when I tried to play I abandoned it because the game bored me).

The years passed and, in 2012, I downloaded a music player app of videogames from SNES for my iPod. When I searched for games to download their music (and with the existence of Final Fantasy III forgotten) I found Final Fantasy IV up to VI music. I downloaded the soundtrack of the three games out of mere curiosity, and the first "game" that I chose was Final Fantasy VI. When I played than music... Oh, man! It was really awesome!!! After that I started searching other FF games (such as Final Fantasy VIII or III (hey! XD) with two "brother apps" (of PSX and NES respectively, created by the same guy of the first app)) to download its music for the iPod, and after this I started searching more information about the FF series and I downloaded Final Fantasy IV DS for my pirate DS card and finished it... 3 times XD (but I cannot beat Proto-Babil yet :() . And I was surprised with the Internet comments saying this version is more difficult than the original one, but I never understand why the people say that Zeromus is so hard, when I found one of the easier bosses of the game (I find, for example, Dr. Lugae much more difficult, but maybe it's only an opinion (or a very great luck XD (but... 3 times that easy... too much luck XD)). Unfortunately, my pirate card broke down and I couldn't continue playing Final Fantasy games (and other games that I only had there, but they are not interesting here XD), so I decided to watch a walkthrough video of Final Fantasy VI as it was a movie, remembering the love I had with its music... and when I finished the last chapter of the walkthrough... I fell in love with that game even more if it's possible XD. Now it's my second favourite Final Fantasy game of the main serie (at the same level with Final Fantasy V).

One year later I bought my first FF game: Final Fantasy IV DS (surprised? XD) in a second-hand shop (well, not exactly, but it's the closest explanation for a brief one). Unfortunately I still cannot beat Proto-Babil :(.

The problem with the Final Fantasy series and I is that I'm a Nintendo "gamer" (I'm not the type of "fan" that scorns the players of the rest of the platforms, simply I prefer Nintendo exclusives (except, obviously, Final Fantasy, and a few others (Kingdom Hearts, for example). Nevertheless, only for my "love" for this franchise (and KH), I bought a PSP (mainly for the Dissidia, but I took advantage of my purchase and I bougth other FF and KH titles), and now I have the amazing PS4 Luna Edition (the FFXV version :v (I must say that, after all of these years, this was my first special-themed console and my first special pack of the franchise n.n)).

Here I put all the games I have. I list them in a chronological order (well, I think it's chronological... memory sometimes is deceiving XD).

Here I put other things that are not videogames or special or limited editions (so I will repeat some of the games of the previous section (but I do not count the demos even if they have a limited obtainance method). Why? 'Cause I want. Any problems about that? :V.

Disclaimer: the lists could have changes depending on my likes' changes. Incomplete by the moment.

This list is made looking to the DS version

Maybe when I play a little further...

This list is more focused in the gameplay of the characters more than their backstories (well, most of it). Done looking to the HD version.

Same as FFX (so many games to play).

An essential section in a profile XD. Well, here we are:

Disclaimer: I don't consider spin-offs games. If I did, I would put Dissidia 012 and Dissidia NT in 3rd place.

The list is sorted by effect. I will not put Gilgamesh because I included him before in the characters section, and I don't want to repeat myself multiple times if I can avoid it :P.

Disclaimer: This list is made in relation to design and story, not to statistics. The list can change according to the time (and my interests) and it's an incomplete list.

Progress of the characters will be included soon.

I completed the main story once. I bought the game (as a second hand game) after the close of Nintendo online servers for Nintendo DS, so I have neither the Onion Knight, the Ultima Weapon nor the superboss fight (against my will. If anyone knows a method that doesn't involve Wi-Fi to get it I would apreciate it :v).

The progress of the characters is:

I completed the main story seven times (three in my pirate card and four in my legal game (and I discovered you can only restart a file 3 times :/). I never beat any of the superbosses there (I'm a bad player XD).

As I lost the .sav file (and the whole ROM) I can't put the progress of the characters I had.

I haven't played it so much. I only arrived at the separation of Locke, Sabin and Terra. Sincerely, I'm looking for a phisical copy of the game for GBA (or hopefully a miracle will fall from the sky and they'll give us a remake or a port for a Nintendo console XD), and I'm waiting to continue when I have it.

Like the previous game, as I lost the ROM I cannot put the characters' progress.

I only had time to beat a few bosses.

I completed the main story once in Normal difficulty, but I didn't have enough time to finish the optional missions. As I accidentaly restarted the game after beating the final boss and overwrote the saved data I'm trying to complete all the missions I can first before preceeding with the main story.

In my first time, I got to the first boss of the fourth CD, but it was so strong (I suppose I didn't have the required equipement, so as I normally go forward like crazy with the main stories of the games XD) that I was forced to start over again.

On the Remaster (Switch)

I defeated Sinspawn Echuilles and got to Kilika. I'm in the first save point of the island... But I'm going to restart with the Switch Remaster.

I'm trying to beat Tiamat, but I think I'm too weak to beat it, so I'm "farming" levels.

I beated the game once. I also beat one of the routes of Titan's Trials once.

I only beated the first boss with Serah and Noel.

I completed the demo and I got arround 130 crystal points (I'm putting this by heart, not looking at it).

I completed the main story once. Now I'm trying to complete the game at 100% (apart of the trophies). I also completed Pitioss Ruins and I've been able to defeat Adamantoise at levels 63 (Noctis), 59 (Gladio), 57 (Ignis) and 58 (Prompto), being the first superboss of the franchise I beat (I also recorded it ewe). I also obtained all the trophies (I do not count the DLC ones) and I have the Chocobos at level 10. My hunt level is also at level 10.

The progress of the characters is:
Disclaimer: I don't know the English names for the weapons exactly and I prefer the Spanish ones, so ther could be some incongruity with the weapons I'm really using.

I completed the game once, and I arrived to the Chapter 2 for the second time.

Progess will be put soon.

(I ignore the original as I let it unfinished and I'm currently progressing in the Maxima version).

I beated the game once, but I didn't progress any further on the postgame.

I have all characters to level 100, and I beat Feral Chaos twice (the first one with 3 characters needed and the other only with Squall (my main in the game)). I beat the level 100 Chaos too (with Squall too XD).

Progess will be put soon.

I finished in Chapter 10.

My main team is the following one (I expect getting new interesting units):

I don't know if it counts, but I think I'm so advanced in the game. I'm not very good (and I have horrible luck with the draws :P), so I cannot beat the most difficult bosses in the events, but at least I'm a good enough player to get the second memory crystals from each (and some third memory crystals).

My main team is the following one (I know it's not the best group when it's refered to stats, but I try to use my favourite characters (and the ones I have some good relics XD). I don't put the names of the equipment and some of the abilities because I have the game in Spanish and now I don't know the translations.

Disclaimer: the songs listed here are not ordered by preference. Instead, they are ordered by game appearance.

Retrieved from "https://finalfantasy.fandom.com/wiki/User:Timeman?oldid=3194671"
Community content is available under CC-BY-SA unless otherwise noted.