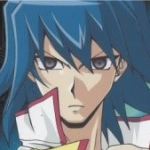 Hi, I'm Team5Ds, lurker and infrequent editor. I'll probably try to be somewhat more active now, though. Final Fantasy is one of my favorite franchises (obviously), and my first FF game was Final Fantasy Tactics Advance. To this day, it is my absolute favorite in the series, and I've played it countless times. After that, I kinda worked around the series in a haphazard order, but by this point I have played almost all the main, non-MMO games (plus some sequels, side games, and spin-offs), with only FFIII left to at least try.

Let's see, other info... I'm a fourth year college student who is soon to enter the scary world of job-hunting, which should be just a barrel of fun for a person with social anxiety, but some things in life you just do, I guess. Some of my other favorite franchises are Sonic the Hedgehog, Fire Emblem, Atelier, and all the various Mario RPG games (except Sticker Star, that game sucked big time and I try to pretend it doesn't exist).

Retrieved from "https://finalfantasy.fandom.com/wiki/User:Team5Ds?oldid=3290417"
Community content is available under CC-BY-SA unless otherwise noted.