There is basically no coverage whatsoever of the quests in TA2 on the wiki (at least, I've looked and found none)... nor the TA missions, but that's beside the point. So I'm looking at making an index for it. The table used is a template, for which I have also designed a rough tabbed variant.

Also, I'm making my first ever image map here. Rather than having to scroll all the way through the list of quests below (which if complete would have 300 tables), you can just click on the icon in the Quest Report image to go straight to the quest.

Hover over a tile to see the quest name. Click a tile to jump to that quest. See here for information on The Final Quest. 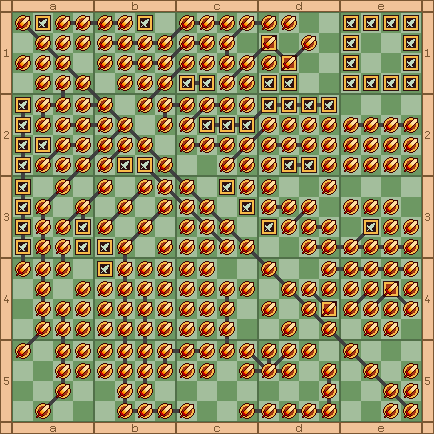