You know what they say, cowboy. Easy come, easy go.

This is my new userpage, and I am SidVI. My role on this Wiki is to finish my main project, Enigma and help out where I can.


I enjoy conversation, so visit my Formspring account and ask me anything!

If you want to see an extended version of my userpage, here it is. 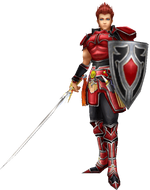 I got Final Fantasy I on the GBA a while back, and I found it rather easy to beat. The game was nice, even though it only took around 12 hours to beat (pretty short for a Final Fantasy). I liked the world (despite the fact that characters only say one or two lines) and the gameplay was rather nice. Square made a good start on this series with this game, but this was ultimately really easy (though the NES version was probably brutal). The superbosses Omega and Shinryu weren't that tough, but I lost to each one respectively, and I lost another time after reaching the Earth Dungeon - before beating all three (hardest boss for me was Deathgaze, guy took too long to beat!).

Anyway, it's a solid, simple game that is easily obtainable and worth playing at least once. 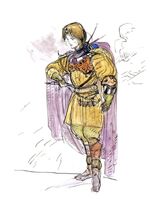 Final Fantasy II was packaged with Final Fantasy I on the GBA, and I decided to play through this one. It is good, but ultimately a game with many shortcomings. This is a game you need to beat all at once, instead of beating it sparingly (or playing it once, then another time months later), or else you can't stomach it at all! I liked Gordon a lot, since he improved constantly throughout the game, and I also liked Hilda, Maria and Guy. Borghen is not a good villain (he falls so quickly), and as for the gameplay, you just need a strong physical team and support magic and you have it beat - but its difficult to figure out (though it probably was an indirect inspiration for more modern upgrade systems that involve evolving weaponry skills). I have to beat this eventually though...

Status: About to get the Black Mask 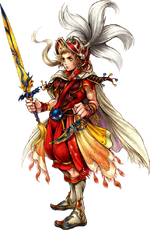 I liked Final Fantasy III, and I got it on the DS. It was far more charming than Final Fantasy I, but far more difficult (bosses such as Salamander were unusually strong, for example). I liked this Turn-Based system the most (in comparision to the previous games) and the Job System, while flawed, was pretty nice, and I liked the different costumes each of the characters had. The music was great, although the final boss theme could have used a bit of some fine-tuning. The world and characters are pretty good, and even though Luneth and co. didn't have the most character development, they were still great, I liked them a lot. The final dungeon was absolutely brutal, but I grinded to Level 60, and with the Power of Music, I beat the Final Boss! Only thing left to do is find someone with Final Fantasy III so I can beat the Iron Giant (the multiplayer Mognet bit is a huge flaw as well).

Final Fantasy IV is overrated. Not on the Wiki, but on sites such as IGN, or for those who first played this game on the SNES. I liked it though. Gameplay was good (for a turn-based system), but amazingly simple (it was also the debut of the Active Time Battle) and some of the characters were nice. Kain was cool, but could have been a far better character, Cecil became a good character as soon as he changed his armour and Tellah was pretty cool, but Rydia is my favourite character in this game (great character that evolved throughout the game, plus her personality is what I'd like to see in a heroine). The story was simplistic, but it killed off characters, only to bring them back (a problem in that it undermines the effectiveness of their sacrifice). The soundtrack is the best part of the game though, with many great pieces throughout the game (the main theme, the overworld map, the town theme, and Battle With the Four Fiends). I played it on the GBA, of course, not the DS (which I hear is really hard. I like challenges, but not unwinnable ones).

I liked Final Fantasy V, although it could have been better. It has a fantastic soundtrack (most town themes, the overworld theme, the battle theme, the Final Boss Theme and Clash on the Big Bridge) and great gameplay, but the story could have used a lot of fine-tuning. I enjoyed the gameplay the most, and the characters, while not delivered to their full potential, are fun to watch and I liked all of them. This isn't exactly a easy game, especially the Final Boss (but only if you don't know what to do), but there are many ways to defeat an enemy - one of the game's strong points. My only complaint (in terms of gameplay) is that the random battles get tedious after a while and there are many ways to break the game's difficulty. Other than that, it is an enjoyable game, with Gilgamesh! 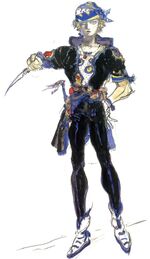 Final Fantasy VI is the first Final Fantasy game I've played, and is my favourite Final Fantasy. It has a great cast of characters (with a great amount of development in many main characters), a good storyline and good turn-based gameplay (though I didn't like it as much as say, Final Fantasy III). (Not by my own decision, but I've played through the first couple of hours many times, and it's still good). The game scales up as you progress, and the fantastic soundtrack (notice a trend?) complements everyone's story (most character themes, every battle theme (except that Opera battle against Ultros), the overworld themes and Dancing Mad are examples), which adds up to the final battle, a fantastic one in its own right. Kefka is probably the greatest villain in the series, but he unfortunately becomes kinda lame at the end, waxing nihilistic. I've effectively completed this game, but due to technical difficulties, I was forced to reset from scratch.

Unfortunately, the gameplay can get too tedious after a long while and is not really enjoyable. Otherwise the game's pretty good, not the best RPG ever, but really good! 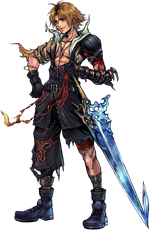 I thought Final Fantasy X was better than I initially expected, but it isn't the strongest title in the series. Tidus is my favourite character, and Rikku and Auron were also good characters. Wakka's voice acting is great, and that's what saves him from being intolerable, while Lulu seems like an abusive, goth-dressing motherly figure at first (I still like her though, but she should tone down the abuse), but she warms up to Tidus and starts treating Wakka better. Yuna is not my favourite character, but she improves constantly. The voice acting is with flaws, like for example, the lip-synching doesn't match the voices and there is bad voice direction, and other minor technical flaws.

Gameplay wise, the battle system is fast-paced, yet strategic and each character has their own role to play. I think that Tidus is the best overall fighter in the game, especially in terms of his magic and his speed, Rikku proved to be a great healer with those Al-Bhed Potions (better than Yuna, who is a much better Black Mage then healer) and Kimahri proved to be surprisingly useful (well, at first). The Sphere Grid is nice, but somewhat linear and sometimes tedious - the spirit of this game. 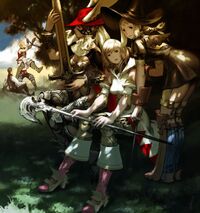 Final Fantasy XII is one of my favourite Final Fantasy games, and it is an amazing game. Its story is good, and so is its soundtrack, but its gameplay is fantastic (but not without some niggling flaws). I liked how you can make your characters into any type of "job" you want, and if the gameplay is good here, imagine the International Job Zodiac System version of the game! My complaints with the game is that the game transitions main characters way too quickly (i.e. as soon as you get Ashe on your team, she becomes the main focus immediately, instead of Vaan, the actual main protagonist (not hero)) and every character (except Ashe, maybe) does not get enough character development. The sidequests are plentiful, and its a good thing, because it complements the gameplay and makes for the majority of the game.

Every playable character is good, but everyone could have had a bit more focus (especially Vaan and Penelo). Balthier is a great character, although he can be overrated by some. Basch apologized a bit too much, but he stopped that pretty quickly. Vaan is one of my favourite characters and should have been focused on more, but he's still tolerable at least (despite the lack of focus). Ashe is a great character, and she's a heroic character, but acts coldly sometimes. Fran is enigmatic and mysterious, but she was probably a fanservice character (oh Square, will you ever learn?). I would have liked to see more development in Fran. Finally, Penelo is a good character, but like Vaan and Fran, deserved more development, but at least she provides a contrast for Vaan.

Dissidia 012 is a pretty good action-RPG. I like maneuvering around the stage with Quickmove or Glide and using Bravery-to-HP attacks, as well as being able to use different characters to battle a tough boss or even just using Character X to battle Character Y. The story was inconsistent though. It ranged from being somewhat good to being downright unpleasant to watch. The Reports, at least, were good - that's how the main story should have been (building a team through character interaction and drawing from past experiences to solve problems, etc.).

I liked certain characters better in this game than in their original game (Garland, The Emperor, Cloud of Darkness, Golbez (I liked him in FFIV as well, so that's saying something!), Warrior of Light, Onion Knight, Kain and Yuna) and some of the characters whose games I never played I grew to like a lot (Laguna, Zidane, Lightning and Prishe). There were some characters I liked less (Cecil, Terra (outside of The Reports), Tidus, Vaan and Jecht (outside of The Reports)). The soundtrack was great (although I found that not every piece of music was remixed - only music from the first three games and Blinded by Light) and the game looks good to play and watch.

All in all, even though the story isn't that good, Dissidia 012 Final Fantasy is an awesome action-RPG worth playing, especially if you're a fan of the series.

Status: Completed Treachery of the Gods and Light to All.

My first project.
My second project.