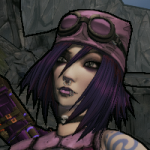 Too much hope is the opposite of despair... An overpowering love may consume you in the end.
―Vincent, Final Fantasy VII


Right and wrong are not what separate us and our enemies. It's our different standpoints, our perspectives that separate us. Both sides blame one another. There's no good or bad side. Just two sides holding different views.
―Squall, Final Fantasy VIII


The only definite thing about the future is uncertainty.
―Amarant, Final Fantasy IX


It is better to die in hope than live in despair.
―Yunalesca, Final Fantasy X

Yes, this page is not 100% finished. Yes, this page may not be pretty. Yes, This will be worked on from time to time when possible. Yes, do not bug me about it.

Gonna update this when I get the urge to do so.

Notes: While I support Sony, I do not support the PS3 because of the outrageous pricing and a few other things about it. However, once the kinks get worked out and it's cheaper, I will get one eventually, but only then. I'm also indifferent to Microsoft for probably obvious reasons, as there are some nifty games for the Xbox and Xbox360 systems, but the consoles themselves don't exactly do their job well at times (I have owned the original Xbox and have watched it die quickly, and the horror stories with the 360 don't exactly turn me on). So yes, I both hate and support Microsoft for various reasons. So what the hell, I decided to add in both userboxes.

Before we get started here, I currently don't actually hate any of the Final Fantasy games, however, there are some I do like/love more than others. I also do not own every game (or have played every game), although I am planning on it eventually. With that...

Lawl, why not just stick these things here and any future ones I may make for whatever reason for people to look at? You never know! Also, anything else that might seem fitting for this section.

Retrieved from "https://finalfantasy.fandom.com/wiki/User:Shiva64?oldid=2000522"
Community content is available under CC-BY-SA unless otherwise noted.