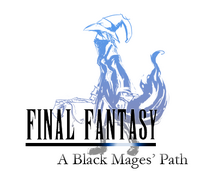 Hey! I've been inactive for a while and FINALLY I'm back!

Oh... Uhm... I'm basically a girl from Lithuania who loves drawing and has a passion for video games. I also play the guitar.

Come on in and check out the Final Fantasy Art Arena!

I also play various other games. I'm actually a gamer, not a casual one, to be exact, I'm more of a hardcore gamer, really. I really enjoy fast-paced FPS'es (or TPS'es) with great flowing controls and fun gameplay. I also really enjoy good MMORPG's, though it's hard to me to find one which I would play rather often, it also depends how the players interact with me and other players. Oh and I really like fighting games, I'm quite pro at them. And yes, I have played some of the Legend of Zelda games, didn't finish any of those games, though, Legend of Zelda, A Link to The Past, Ocarina of Time and Majora's Mask.

I have a hobby of the Warhammer 40,000 table-top game. Planning to buy some Warhammer Fantasy figurines too.

Well, I'm a HUGE fan of The Stranglers, love them to death. Been listening to them since I was a baby. '70s Punk-Rock rules. I also love J.J. Burnel's, Hugh Cornwell's music (both were/are in The Stranglers). Besides The Stranglers I also like Hot Chip, Franz Ferdinand, Siouxsie and The Banshees, Iron Maiden, Sonata Arctica. In short, Punk-Rock, Rock, Alternative, Indie, Gothic, Metal, Power Metal.

Special thanks for Werefang for helping me out with the talk bubble!

Retrieved from "https://finalfantasy.fandom.com/wiki/User:Pure-Moneo?oldid=3211529"
Community content is available under CC-BY-SA unless otherwise noted.