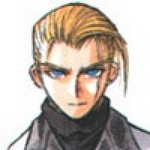 "I'll control the world with fear. It takes too much to do it like my old man. A little fear will control the minds of the common people. There's no reason to waste money on them."

Welcome my loyal subjects, to my profile. As you can tell by my name, I am a big fan of Rufus Shinra! He is one of the most diabolical, smart, evil, manipulative villains to enter the realm of Final Fantasy. He is also in probably my favorite Final Fantasy's ever. Yes, I am a fan of Final Fantasy VII, so all you haters better deal with it because it is actually a good game. Haters of that game are just butt hurt that it is popular and they think that hating popular things is cool. Now I admit that fan boys for the game are annoying, but you still have to admit that FFVII is an incredible game.

Well I am open for if anyone wants to talk about, discuss, or argue anything about Final Fantasy. I am by no means a noob at Final fantasy having played all of them but FFIII and FFXIII, but I am a wiki noob and I will take any advise on how to help out and make this wiki better for all the other users that like this wiki like I do.

My Thoughts on Certain Things Edit

Well I'm going to start this off with some Final Fantasy VII thoughts because of all the hate and fanboy love of the game.

Cloud Strife: Well I personally loved Cloud in Final Fantasy VII. Everyone called him "Emo" and hated on the guy. But he wasn't really "emo" at all in the game. Maybe at the intro of the game he wasn't so personable. But Shadow from FFVI was like that too and no one complained about him, and shadow never became more personable ever in the entire game. Later Cloud gained character as the game progressed and became an awesome KICK ASS character. So stop hating you Haters of Cloud! He is awesome and you haters suck! But I have to agree with you though that Cloud was an Emo bitch in Advent Children though. That movie would have been so much better if he wasn't all gay and stuff.

Zack Fair: For this one I know I am going to get some hate, but Zack is overrated! I know Cloud is overrated too, but Cloud is a great character in a great game that deserves (or at least some of) the hype he gets. This is unlike Zack who appeared for only a couple seconds in Final Fantasy VII, and has a only decent game for himself. His game was just ehh.., and extremely repetitive, and he acted like a overly-hyper teenage girl for the whole first half of the game. He is O.K. but he does not deserve all the Hype he gets from people.

Retrieved from "https://finalfantasy.fandom.com/wiki/User:President_Rufus_Shinra?oldid=2252529"
Community content is available under CC-BY-SA unless otherwise noted.