Don't take this the wrong way or anything, but you kind of sound like a Scottish Valley Girl. You know, like 'Oh my God, my nails are so fresh.'

What I can do for you:

Right, I apologize for my lack of activity around here, I've been so busy lately it's beyond. But I'm here now - and I'm making an effort to get things done (time management has really worked wonders, seriously). As soon as I get myself sorted, the walkthrough schedule is back on track, I promise.

Anyway, I'm Naomi, or Paramina (only because all the good names were already taken and it was the only thing I could think of whilst replaying FFXII). I'm mostly here just for grammar edits and the like, English is kind of my "thing" so I'll just be editing to improve fluency and similar. I also plan on writing a few walkthroughs for the wiki, and of course I'll help wherever I'm needed really.

With the blurb out of the way, let's get this show on the road...

Okay, I had to write this, because I'm sick of hearing people bash Sazh as being the worst character in XIII battle-wise. People who say this clearly are not playing XIII properly.

If you actually did, you'd find Sazh is the most invaluable member of your team, particularly post-game. He is the best Ravager (Cold Blood is the fastest way to raise the stagger gauge. That is all). As a Commando, he is untouchable; a total Gamebreaker with Blitz and his attack animation. Sazh's version of Blitz is the highest damage dealer ingame you can actually control. Period. It is a fact. Not arguable. It is just the way the game is programmed.

"Let me tell you guys another fun fact that you may not know about Sazh's Blitz. The damage dealt by Sazh's Blitz is 40% less than his average attack, and then he fires 8 bullets. Now, against large enemies, every single one of those bullets hits generally. So let's say my Sazh and Lightning have equal strength, equal attack power, and they both hit for 1,000.
Lightning hits four times, for a total of 4,000 damage. If I use Blitz twice, I'm hitting for 1000 x .6 = 600 damage x 8 = 4800 damage, times two for two times an ATB bar, and that's 9,600 damage compared to Lightnings 4,000.
That's with equal strength. Imagine when Sazh gets his final gun, that is a whopping 1300 strength and has insanely high stats thorughout the entire upgrading process.
So you would have to have roughly... triple Sazh's strength to do more damage, and that would put you at a need for around 3900 strength."

During the plot, he's your only access to Haste, and the best Synergist. He has the second best HP growth and makes a damn good Sentinel behind Snow. His weapon equips are the most useful in game.

If everyone has max stats and their ultimate weapons, Sazh has the highest damage potential especially during Break/Stagger mode. The only way Fang, Lightning or Snow can out-damage Sazh is with the Genji Gloves.

Since it's just been re-released on PSN, I figured I'd give it a go. Finally a legitimate place to stick in all the Barret quotes I've been throwing around. Paramina's Final Fantasy VII Walkthrough. In Progress.

My very first for the wiki: The Final Fantasy VIII Walkthrough. Finished it on the 16th May, like, ten minutes to midnight - but it's done! Probably my least favourite of the series, but it's always easiest to get the worst out of the way first.

Yes, there are already two, but this is my version, aight? Besides, this covers the International version, not the... non-International (?). Ugh, can you tell I'm tired whilst writing this info blurb? I'll stop - Paramina's Final Fantasy X Int/PAL Walkthrough. Coincidentally also the wiki's first.

Yep, FFXII. There aren't any complete on this wiki so after a challenge from Draga, I decided I'd be the first to do it. And I was! Yay me! Proud and complete: Paramina's Final Fantasy XII Walkthrough - the wiki's first! 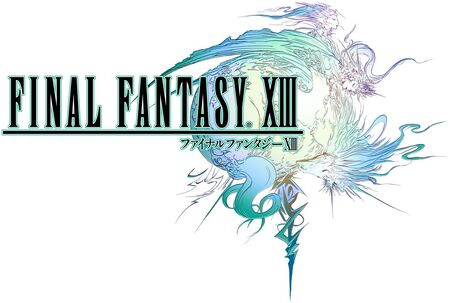 My next project, since it's fresh in my mind and it's time for a replay. Another of the wiki's first? Hmm. Who knows. I hate races though. Paramina's Final Fantasy XIII Walkthrough. In Progress.

FACT: The Phantoms got Kain pissed one day. Fortunately for them, he was in a good mood and settled with "messing up" their planet.