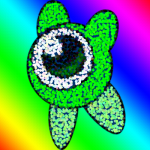 Hello, I'm Noobking87. Wait, why'd I choose to call myself a noob? Simple. I play games to have fun, not to be the best of the best, or know every single little detail inside and our, nor am I a power-gamer who does everything so "perfectly." I am simply none of that. Just a guy who likes to play games, even though I already said that. So I wear my noob title with pride. Don't like it? Then go to another page.

I love RPGs. Especially those that provide such a story that you feel it in your soul. Some Final Fantasy games provide that, and because of that I grew attached to the series. So I come here for more background information, to get attached to the story some more, learn a thing or two. I also come here because the DNC is a blast.

Because of the systems I own, I've been playing more of the Crystal Chronicles series than the main series. Nothing wrong with them, they lack some of the depth of the main series, but they're still good games. Not to mention, the first real multi-player ones... I think...

Games I like the most include VI, VII, IX, X, XII, Tactics, Tactics A2, and Crystal Chronicles: Echoes of Time. They're not listed in any particular order.

Retrieved from "https://finalfantasy.fandom.com/wiki/User:Noobking87?oldid=2107092"
Community content is available under CC-BY-SA unless otherwise noted.