Expect the best, prepare for the worst.
―The Year of the Hangman

Pacifism only works with an enemy that can't bear to do murder against the innocent.
―Ender in Exile

Your party has won the boss battle and been given the powers of the crystal of wind! That includes the jobs of: thief, Ranger, Dragoon(badass), Dark Knight, Mystic Knight, and(OMG) Ninja. You are so happy that you change into a ninja without thinking what will happen. You suddenly fall over dead. Your party looks up and sees:

THE ALMIGHTY NINJA OF WIND

I do not regret what I did. The less competition the better and you were stupid to try to challenge the master. The rest of your party wisely choose lesser jobs and leave your body to rot.

Welcome To My Userpage[]

For those who do not know me, I am new to being a user on the Final Fantasy Wiki, but I have been here for a little while as a non-user. I am a big fan of the walkthroughs on this site and would like to commend BlueHighwind for his excellent walkthrough writing skills. Unlike most Final Fantasy fans on this site, I have just gotten into these games about a year or two ago by buying the DS version of Final Fantasy 3. I barely knew what I was doing until I found this wiki. Before then I played games like Final Fantasy, but I didn't know what to expect from the real thing. Also, so I don't have to answer this question over and over again, the purple on my ninja is not because I am gay(if I were, I would have put that in my userboxes). It is because purple is the color of the wind element in the Golden Sun series, which I am a huge fan of.

The Games in General[]

Job Classes Of the Games That I Have[]

Some of these are based on the jobs I gave those people. Some games let you customize more than others.

Welcome one and all to the page where I pick my favorite characters out of the entire slew of FF games, counting playable characters, NPCs, enemies, and even Bosses. Whether I have played the game or not, I will give my opinions and happily ignore yours. This page will include my Top Ten list for games that I have played; my honerary mentions for any game (played or otherwise); the Loosers' Lounge, where all the FF misfits gather; a place of honor for all characters that hold any of my five favorite jobs of FF (Ninja, Dragoon, Mystic Knight, Monk, and Blue Mage); and finally, a section detailing where I would fit into each game I have played so far if I could create myself a character unique to each FF. That might sound like a lot of work to you (which means it sounds like death to people as lazy as I am), but I can get this done. So, without further adieu, I present: User:Ninja of Wind/Favorites

As you can see, I have made a sticker on my userpage with the knifechucks image. I am planning on making that image my icon on this wiki and I will use that sticker on my personal pages to mark them as my own. This is just a note and a heads up for anyone interested.

Award to be Given[]

It's pretty self explanatory. But only the really smart people can understand it's true meaning. I hope, for my sake, that they have a good sense of humor.

I have found myself stuck in a rut in my Final Fantasy walkthrough and need a nice change of scenery. Starting the walkthrough I planned next should be good enough. But don't worry, I'm only setting it up so I can get back to it as soon as my first walkthrough is finnished. If you are interested, just CLICK HERE. 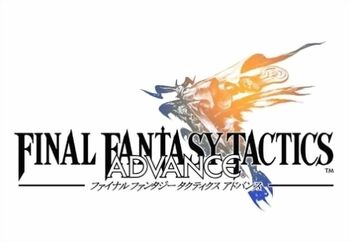 I have made my descision (mostly based off of the nagging voice in the back of my head) that I will walkthrough this game (cheers and applause in the background), but I will only be discussing the job system. (mass disapointment) Here I go starting another walkthrough in the middle of one already started. CLICK HERE

I plan on walkthroughing the first 6 games. I finaly have FF7 and FF9, so they will probably be next. I'm still waiting on FF10, but FF12 will be my last. Period. These may take a while.

Walkthroughs I Have Completed[]

I DID IT! I finished my first walkthrough without making a complete fool of myself. To anyone looking around who wants to see my walkthrough of FF1, CLICK HERE.