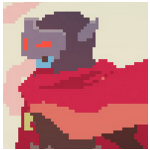 Hey, would you say...I became a hero?

These are in the order in which I got them.

Played but not owned Edit

Yes, I, too, am now part of Soceror Nobody's legion of l'Cie. Whee!

In the process of making my own userboxes because I dislike some of the premade ones here.


I know you're watching, government.

Retrieved from "https://finalfantasy.fandom.com/wiki/User:Minish_Link?oldid=3221977"
Community content is available under CC-BY-SA unless otherwise noted.