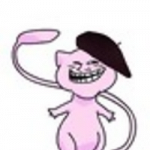 Hey hey, everyone! Name's Michael Mario. You'll mostly find me on Fanfiction.net where I have my Neo Dissidia series of fics in progress. I got into the series prior to Disidia's release when I became interested in FFIV and FFVI through Nintendo Power. I got FFIV DS, but it wasn't until FFVI for the GBA and a woman named Terra Branford I really got into the series.

Terra's become my favorite protagonist and character since then- with only Mario over her. I once had an account here before but I've lost the password to it, so I had to add "64" to the username. Ah well. I'll mostly do small stuff here and there like spelling and grammar errors, but in time we'll see. Good to be here!

Can someone tell me how to import an image from my computer for use as an avatar? The wiki won't let me do so without having a Facebook account, and I'm not making one of those.

Retrieved from "https://finalfantasy.fandom.com/wiki/User:Michael_Mario_64?oldid=1768811"
Community content is available under CC-BY-SA unless otherwise noted.