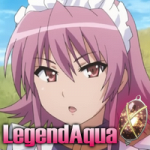 My friend, the fates are cruel There are no dreams, no honor remains The arrow has left the bow of the goddess

My soul, corrupted by vengeance Hath endured torment, to find the end of the journey In my own salvation And your eternal slumber

I wanted to do one of this since i saw Hamfruitcake's table and i thought i need one......

At the end of the dream, even Pancakes tears itself apart!!!!!!!, Chaos before finishing off his last round of pancakes

I'll be doing this sort of stuff

1. Shelinda(FFX) "But it's not about defeating Sin! The teachings of Sephiroth must be fulfilled."

Funny Made up QuotesEdit

Note: Please take no offense to some of these quotes i like Final fantasy a lot it's just something to fill the page :)

1."Snow dragged us all into this. You and me, your sister Serah...He's gotta pay in bicycles." Hope Estiem

3."If I could protect but one person from war's circus... then I would bear any shame. I would bear it proudly." Basch fon Ronsenburg

4."Embrace your gears. If you want to be a robot you need to have dreams... and honor." Angeal Hewley

6."At the end of the chaos...even chaos tears itself apart!" Chaos

7."Once a monster, always a narcisits, I must say." Hojo

8."The people and the friends that we have lost also Seymour guado that bastard!!,anyway or the dreams that have faded...forget them." Yuna's speech after defeating Sin

10."You have braved the bowels of Peaches to reach me. But the hand of Mordor, which deals in false entice and cracken love, can never hope to defeat the lord maester of Juju!" The Emperor

11."Errr, wasting time talking to you. Remember that well, loves." LeBlanc to YRP

12."Life is but a passing cream, but my hair that follows is eternal." Seymour Guado

14."Time for your advice to see the light of day! Now LIE TO ME!" Exdeath

15."I am the chosen one. I have been chosen to rule this planet. Mummy i need your help!!!!" Sephiroth in Crisis Core

16."The weak lose their freedom to the strong. Such is the way of the strong. And it is the providence of nature that only the strong survive. That is why I needed strength and this thong." Kuja

17."Yes, the twelve legendary weapons. They're weapons, they're legendary, and there are even seven of them!" Ghido, mocking his sardonic wit, Final Fantasy V

20."I, Garland, the Ghost of Sparta will knock you all down!!" Garland

Favourite Weapons of ALL TIME!!!!! Edit

Most Anticipated Character to use in Type-0 Edit

Retrieved from "https://finalfantasy.fandom.com/wiki/User:LegendAqua?oldid=3170618"
Community content is available under CC-BY-SA unless otherwise noted.