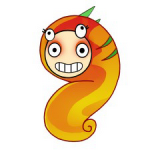 I was introduced by Final Fantasy VIII: I first saw the guide in stores, and liked reading it, and then as a child a friend of the family let me play their disc of it. Years later, I got another chance to play it, and it was wonderful (though my obsession with perfection had me at level 50 before beating the Black Widow, just so I could get full points). However, I was playing a friends game, and didn't get the fourth disk before the school year was over and we had to go home. I was also introduced to Kingdom Hearts that year (before, I had rejected it as silly and not wanted to look at it - a friend showed me otherwise).

I have I-VI (Latest releases), IX-XII, and XIIRW. I've started I, II, and IV, but my obsession with perfection won't let me get into them without a guide, so that I know that I don't miss anything. I've also gotten into V, but other games are distracting me. III - fighting Odin over and over to get two Gungnirs.

IX - waiting to get a guide. X - doing the Monster Arena and Blitzball. X-2 - waiting to beat X so that the story makes sense. XI - waiting until I have time and money to actually play it. XII - spending weeks trying to get the one-time chests.

I HAVE beaten all three Kingdom Hearts games, with everything you can get (except max stats). But for my FF games - my obsession with not facing the boss until I feel I'm worthy keeps me from actually finishing them. Like with Sephiroth on KH2 - I don't want him to be trying to kill me for a stick that gives Lucky Lucky, right? I want him to be drooling for a gold-inlaid sword that is nearly all-powerful and makes me a magical expert.

I have also finished Chocobo Tales, minus the last two Promo's that I can't seem to find, but my lack of friends with GBA's and the seeming impossibility of getting a perfect makes me not want to really start Crystal Chronicles besides to have fun. (How unimaginable! To actually play a game for fun!) The same compulsion keeps me from getting into DoC - I can get past the first level with a near-perfect score, but afterwards my score just dies.

Retrieved from "https://finalfantasy.fandom.com/wiki/User:KrytenKoro?oldid=1977013"
Community content is available under CC-BY-SA unless otherwise noted.