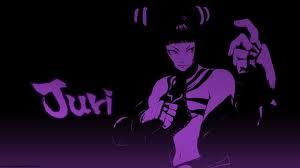 Aaaaah you have arrived, i foresaw you're arrival in the oracle drive. Well allow me to introduce myself, I am JuriSuzuki and welcome to my user page. Feel free to have a look around, who knows, you might find something you like...

I'm into a lot of different things and all. I like Soul Calibur, Resident evil, Tekken, Street Fighter, Dynasty Warriors and of course...Final Fantasy!

I'm a big FFXIII fan. But i do understand why the fans complain about it considering it is extremely different from what they are familiar with. Oh well, i like it and lots of other people do. So for all the people who seriously hate FFXIII, here's a message: SquareEnix made it, people like it, It sold pretty darn well, get over it!

My Opinions on the FF's i've played[edit | edit source]

FF1: I really liked it, it was the second FF i played and i found it pretty cool, i really liked Garland even if you didn't see him all that much in FF1.

FF2: Again, i enjoyed this one but i felt that there was something about that i disliked...Maybe it was the way you have to cast spells like crazy to level them up, i hated that! I happily leveled up Ultima to lvl 13 so it was pretty useful against the Emperor. BTW Snook Snook Chit?

FF4: After much deliberation, I finally decided to buy FFIX and FFIV, the complete collection. I absolutely loved FFIV! The leveling system is so easy and the characters are awesome. I already liked Rydia before playing this and now i love Rydia! And Cecil! And Kain! And Palom! And Porom! I love 'em all!

FF9: Okay...When people said that IX is underrated, they're telling the truth. It is such a brilliant game! All the characters and the story are all just....awesome! Especially Kuja. He was evil incarnate...In a thong...An awesome thong though! Where is this going...

FF10: I really really enjoyed it. The characters were awesome, especially Auron and Tidus! I thought the aeons were designed very well. Shame i couldn't use the dark aeons...

FF12: I don't know what it was about this one but i didn't really like it all that much, i don't know why. I found the story a tiny bit confusing and Penelo really annoying. Vaan, i could just about tolerate...Fran, meh...

FF13: Loved it! Absolutely Loved it! I don't like the repetitive gameplay but the story, the characters, the beautiful scenery (i wanna live in the Sunleth Waterscape). In my opinion, one of the best!

Disidia/012: Kefka, Kuja, Lightning and Cloud of Darkness...These are the only people i need to rock in Dissidia. The story was great in both but i don't like Cosmos. She doesn't do much...at all! The gameplay was interesting and took me a little while to grasp it but i got the hang of it pretty quickly.

I haven't made any enemies so far so everyone is my friend until otherwise.

Yay now i have 2 talk bubbles based on my favourite characters!

General chit chat and others. My main one.

Used for voting from now on.

Here is my Walkthrough for Final Fantasy 2. Check it out!

I has a Sandbox now. Look but no touch without my permission. And you best have a good reason.