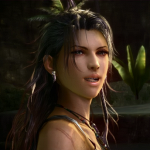 Unless my memory is shot, It was either FFVIII or the original Kingdom Hearts that was the first experience I had ever had with an RPG, if you don't count Pokemon, that is. I've been a big fan of Final Fantasy and Kingdom Hearts ever since I was in Elementary school. Also a fan of Devil May Cry, and the greatest fighter of all time, BlazBlue, By the way...help my other wiki out (this is blatant advertising, so what?)

I have to say, FFXIII may or may not have been a great Final Fantasy or met it's "standard", but dammit, that soundtrack is phenomenal. Definitely better than that crap from XII (as much as I loved XII, the music (aside from the battle theme) was so freaking boring. Also a fan of FFVIII ( can't get "Succession of the Witches" out of my head) and FFX.

Spira_17
Retrieved from "https://finalfantasy.fandom.com/wiki/User:Judge_Balthier?oldid=3290281"
Community content is available under CC-BY-SA unless otherwise noted.