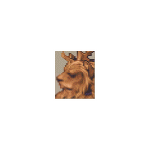 I'm not actually dead (although it was close). I'm back, but don't expect me to spend a lot of time here though.

I know a little Japanese, and have done console game hacking on the NES, SNES, PSX, and PSP. My scanner has arrived! Let me know if you need anything from:

I also have the first Chocobo's Mysterious Dungeon game for the PS1 (the one that was never translated), including the manual.

Currently, I am working on an Ivalice-based table top/pen-and-paper RPG using a homebrewed system. It's a somewhat "crunch"-heavy RPG, roughly on par with Dungeons & Dragons 3rd Edition in terms of complexity. No attempt was made to adapt any particular console RPG game system (too crunchy) but there are certain mechanical similarities. Features:

I also used to do spriting in an FF4/FFRK format.

I have a DeviantArt where I post only my sprite art: [1]

Retrieved from "https://finalfantasy.fandom.com/wiki/User:Hashmalum?oldid=3214074"
Community content is available under CC-BY-SA unless otherwise noted.