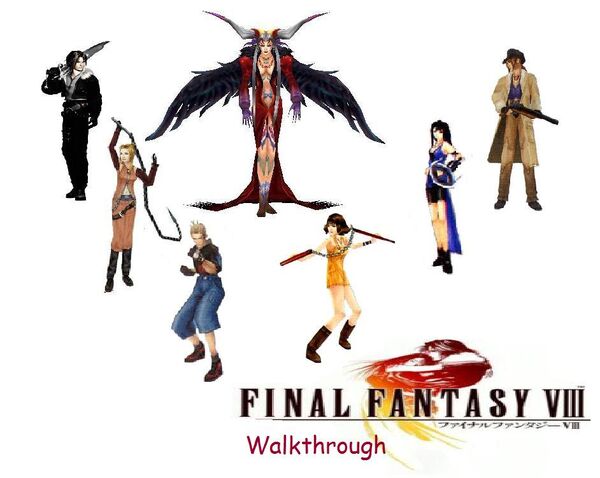 "Your praying is in vain. It'll all be over soon! Mwuha hahahaha!"
-Ike Vil, Nightwish song The Kinslayer
"Are you angry? Do you hate me?"
-Saïx, Kingdom Hearts II
"Do or do not. There is no try."
-Yoda, Star Wars Episode V: The Empire Strikes Back
"Where can I buy a phone?"
-Vincent Valentine, Final Fantasy VII: Advent Children
"I'd rather we skip the formalities"
-Luxord, Kingdom Hearts II
"But why is the rum gone?"
-CAPTAIN Jack Sparrow, Pirates of the Caribbean: Curse of the Black Pearl

3. I live in Finland and I wish that Kingdom Hearts Re: Chain of Memories would come to Europe.

4. I like chocolate, Nightwish, my family and all the electronic little things. I dislike annoying people, stupid people and liqourice.

5. I've always wanted to ride a chocobo; faster than the wind! :P

6. I prefer to hang around in small, rather than large groups.

7. I prefer brunettes, rather than blondes. (wink wink) X)

Plus to that, I'm a good drawer, and I still don't understand why that art teacher likes HIS work better than mine... Um... forget that, please.

Here is some wallpapers I've made. You may use them, but DO NOT CLAIM AS YOUR OWN!!! I'll add more as soon as I make some. If you have a suggestion for a wallpaper, please, tell about your thoughts on my talk page. 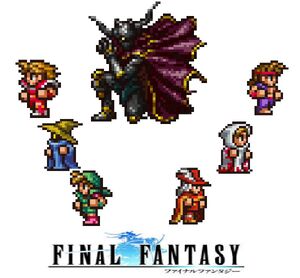 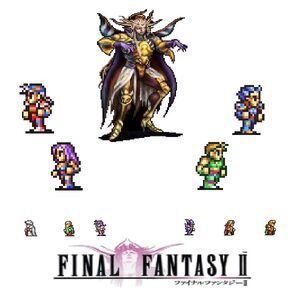 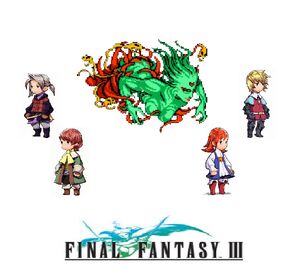 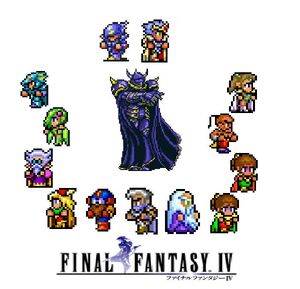 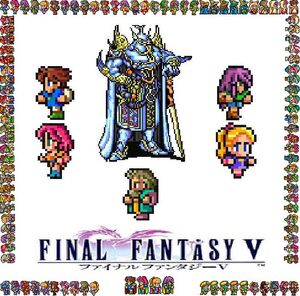 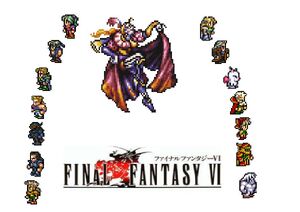 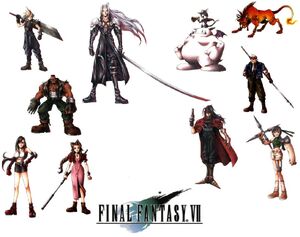 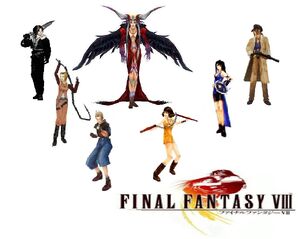 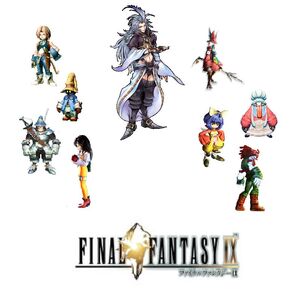 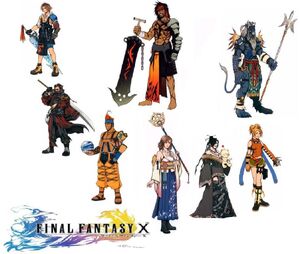 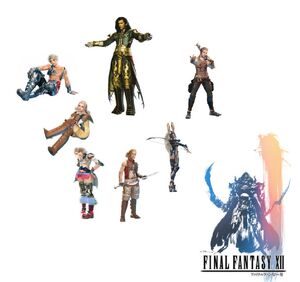 Final Fantasy XII, the Ultimate One. Final Fantasy XII, at first, seemed very different and beautiful. It is still. It has totally different battle system, different composer, different Summons, differently designed enemies and much, much more to do than in previous installments. Some of these improvements (if that's what you'd like to call them) are good and some of them not so good, take for the Summons for instance, not very useful in this game.

The story was tense and wonderful, as usual, but I don't really mind the plots in FF-games. What counts for me is the battle systems and music and characters, especially villains. Speaking of villains, the game has an antagonist I hate for looking like a character I hate. Laguna Loire. I mean...
260px
OK, maybe his ramblings are OK and maybe suit, but his hair... I really, really hate that hair. But then again, Gabranth and the rest of the judges seem cool enough, and good ol' Dr. Cid.

The main character, whose name I won't say because I hate him, is mostly hated. Then again, the famous Balthier isn't, and why would he? He's perfect, from lines to appearance (though his shoes worry me) and his snappy Viera companion, Fran, he's every girl's (and guy's?) dream.

And there's a lot to do in this game? But, since this game looks so new and glamarous, it's hardly nostalgic. But then again, do they all have to?

Surprised? I didn't think so. After getting FFVII, I played it and thought, it's not so bad, so this came as the worst game. Bad leveling system, not so great characters, and I haven't played it much. Though, the Emperor is one of the coolest villains ever. And maybe because he seems cool in Dissidia. So yeah, this game isn't so great.

Ah, Blue Mages, the learners of the Enemy Skills. I am very depressed with the newest FF-games for not having Blue Mages. Well, you can't always win. There are numerous great Blue Mages, such as Quina (yes, s/he is), Quistis, Gun Mages... The list goes on.

Seriously, take a Blue Mage, learn some skills, use them, you win! Of course, there are some useless skills, but skills such as Mighty Guard, White Wind, 1000 Needles, Annihilator, all of them have found a place in my heart.

Dancer... I mean, come on, this thing can only dance. Not much else. Some Dancers have effects, but they're hardly useful. 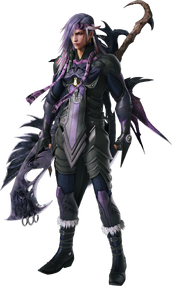 OK, with FFXIII-2 appeared and completed, I switched Kefka to Caius.

Caius's theme, his voice, his weapon, the fact that he's immortal... He's awesome! And there always should be a touching back story to a villain. Well, Caius wants to help Yeul.

I also could've put Jecht in here, because he sucks... as a villain. Seriously, he's a great character, but I refuse to call him a villain. 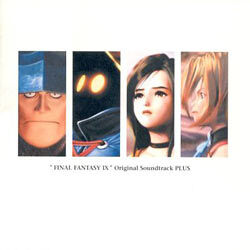 This game (FFIX) has the best soundtrack ever. Period.

The only exceptions are probably Boss Battle and Final Boss Battle (though the intro's cool). But nevertheless, this soundtrack makes me feel many things, from sad to happy to epic. Yeah, I feel epic sometimes, is it so weird? I thought so.

Umm... Maybe... Nuh-uh. There's no such thing as a bad soundtrack for FF. Well, if you want worst, maybe this?

This didn't have very much memorable or "great" songs. Maybe two, Fighting Fate and Blinded by Light. But that's about it.

Lightning is the coolest main character in many years. What with those apes from X and XII, she tops them all. She's good in battle, doesn't talk stupid things but I've never considered her hot. And why should I? She'd never notice me anyway.

And FFXIII was a good game. Not the best, but not the worst. So why not?

Due to their ugliness and idiocy, they didn't get their pictures here.

Divided worst place of a main character, Tidus from FFX and Vaan from FFXII!

Tidus, first main character to have a voice actor. They got J. A. Taylor, who sometimes knows his job, but this time... no. Just no. He squeaks, talks too much and has that horrible fake laugh!

Vaan, Y U NO WEAR A SHIRT?! He walks around bare-chested, yet never gets laid. Why? Because. He hasn't got any good lines, he speaks before he thinks and has a stupid VA. So... no. 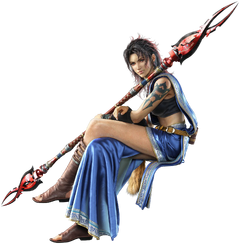 Yeah, Fang rocks! More than Lightning, who is the main character (but then again, who is one in that game?).

Fang has the highest Strength in the game, tearing the game apart with her attacks. She is a kind of a Dragoon, and they're cool also. Highwind-attack is powerful and she has the best Summon in the game, Bahamut.

I use her in my main party, and why shouldn't I? With her, almost every battle is easy. 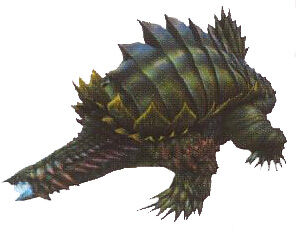 Awwww, Adamantoises.... I'm a huge friend of tortoises and turtles, so this is my instant choice. I think that's 'nuff said.

I dislike killing these things, though. It's cruel. 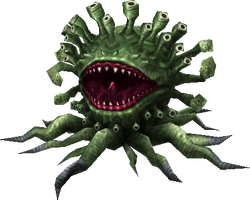 Bleurgh! Malboros are nasty, annoying and might I add, their name is taken from a cigarette brand. And I hate cigarettes! I launch every Malboro I see into space and let them smell there as much as they like.