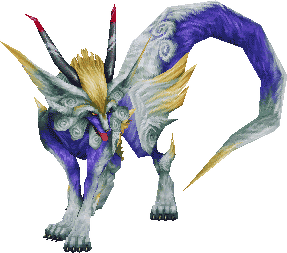 Greetings and salutations, you've just found my userpage... If you were expecting to find a treasure chest here, then you are out of luck. I go by the alias Fenrir9 or simply Fenrir around these parts. After lurking around the wiki for some time, I decided to help out the community. Mostly because there were plenty of information missing on the older games (pre-PS2). At the time, the Final Fantasy Tactics pages were missing quite a lot of stuff on them. Along with a few other wikians, we change that and vastly improved it. That was the very first big project I help with on this wiki. According to the Welcome template on my talk page, September 13th of 2011 is the date that I joined.

About Me and RPGs

I don't have any loyalty to any particular company, as long as whoever makes a good/decent/interesting/entertaining RPG. I'll check it out and play it if I judge it to be good or decent.

I once did played other games, non-RPG games such as the Zelda series, Harvest Moon series, Mario Kart series, fighting games, and much more. But I haven't played any of the recent ones. I'm currently semi-retired from gaming, I will play occasionally from time to time, but I can assure you that I play a lot less than I used to.

My contributions to the wiki is mainly focus on inserting missing information and fixing up misinformation on games that I known and personally tested. I have amass vast knowledge on the earlier Final Fantasy games due to the fact that they were release in a timely fashion a long time ago. You had the time to play the game, after finishing it and finding everything the game offered, you started to hack the game with a cheating device and explore its hidden contents. I do not consider myself an expert in hacking/hex editing, but I do know a few basic stuff.

Regardless if a game is crappy or not, it still deserve to be covered. All games, regardless of being awesome or not should have equal coverage.

In terms of regular contribution, I basically place lots of missing information (expand articles), disambiguation pages, etymologies, correct misinformation, and upload missing or useful images for a variety of games. In terms of heavy or major contribution, a full list would be way too long so I'll simply just list the games that I consider heavy contribution on my part.