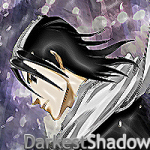 43 Edits since joining this wiki
February 7, 2011
0 Discussion posts
this user is: online
Journal Entry: About time I got around to making this here on this wiki

Hello there my name is DarkestShadow but you can call me Shadow or DS. I've been editing on wikia since january on the KH wiki and I decided to try out here.

Well my history with FF started about a month after I played KH1 for the first time. My mate (the same guy that introduced me to KH) had rented out FFVII Advent Children and when it ended I was hooked. so a couple weeks later I was looking around the video store and saw FFXII on the shelf. I rented it out and was even more hooked.

Well I kinda explained FFXII but this is my userpage and I can do whatever the hell I want. yeah so I rented it out, got hooked, and gave it back 7 days later (bastards tried to fine me for being a day late) so a couple of weeks years later I ended up buying it (don't ask why it took so damn long)

Yep this poor bastard suffered through DoC no need to talk about it because I'm selling it... eventually.

I got these on emulator the only thing I can say is 7 of them are great... the 8th's main character looks like a hobo XD

http://img571.imageshack.us/img571/9040/kaintbs.png
Retrieved from "https://finalfantasy.fandom.com/wiki/User:DarkestShadow?oldid=2887767"
Community content is available under CC-BY-SA unless otherwise noted.