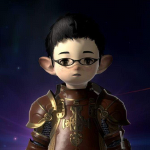 Hi, I'm Con Carne, a spanish user boy who doesn't like his true name. I'm a fan of the Final Fantasy and Kingdom Hearts series, the latter being my first introduction to Final Fantasy.

How I met Final FantasyEdit

Obviously, I already heard about this video game series many times, but it didn't got my attention. It was after playing the first Kingdom Hearts game when I started to be interested on this series. In time, I decided to enter into the Final Fantasy.

However, my introduction wasn't with a main title, but with the secondary series Crystal Chronicles, concretely with the Echoes of Time game. My first step to the characters from the main series was with Dissidia Final Fantasy, and finally being Final Fantasy XIII my first numbered game, which I liked despite being so critized by others, I have a special love to XIII and it's sequels.

Since then, I've been playing both main and secondary games, though there are still some "Fantasies" to play. Final Fantasy XIV: A Realm Reborn was also my first MMORPG, and I played it at its launch. Initially, I wasn't so convinced since it wasn't in spanish language and because of bad experiences I had with some hardcore players. However, one year later I gave it a second opportunity when I knew about the Lightning Strikes event, and I started to play the game with better eyes, though the past bad experiences still persists. From a point of view, Lightning was my motivation to fight for Eorzea.

Con Carne is my character from Final Fantasy XIV: A Realm Reborn and its expansions.

A kind, shy, and childish boy of unknown past and name. He considers himself an eternal noob, and his only company are his chocobo Bhakti and his minions. The sudden arrival of an otherworldly woman known as "Lightning" was his motivation to fight for Eorzea, wielding the Blazefire Saber given to him. Originally a Hyur, he was turned into a Lalafell after battling the Keeper of the Lake.

He fights to protect the realm and believes in peace and light. However, he has an irrational like on the late Nael van Darnus saying "I know he was evil and has no excuse... but I find him cool", something that his Scions comrades find weird but accept as a funny thing from him.

Retrieved from "https://finalfantasy.fandom.com/wiki/User:Con_Carne?oldid=3291118"
Community content is available under CC-BY-SA unless otherwise noted.