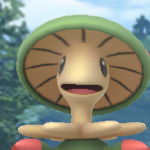 About Final Fantasy VIII, it was a very nice game to play especially the love chemistry between Squall and Rinoa. Now that the remastered version finally comes out today, a lot of changes for the supporting characters because of their updated in-game apoearances. I know fanon is not allowed in the fandom so I keep reading at the fanfiction.net. I admit that I like the pairing between Squall and Rinoa in the fanon fics as the tandem calls them as Squinoa whenever I previously read some of their romantic fics, lol. (Too bad it has no voices for the remastered version after I got fooled because of rumors and gossips. And I want to know if their current voice actors/actresses such as Doug Erholtz and Skyler Davenport would provided their respective characters during the FMV cutscenes or in their in-game appearances.)

About The SeeDs and The BlazBlue:

If anyone is interested reading my crossover fic you can read it in the fanfiction.net and type my Author name is DarkCrisan366 in the Author section. Since anywhere in the fandom is not allowed to post some fanon stuff or you'll ended up being blocked.

I'll say this about my crossover fic between Final Fantasy VIII and the BlazBlue series and the timeline is one year after the game. This is a blend between the Dissidia series and the late Monty Oum's fan-made Dead Fantasy series as well as more romance between Squall and Rinoa. Both Squall and Laguna's fighting style are from their appearances in the Dissidia series to take combat against the BlazBlue characters. The plot itself nearly resembles of how Ultimecia created the Time Compression by travelling through time and trying to apprehend the genius scientist who is responsible for creating a warp transmission device while he was under the influence of Hazama/Yuki Terumi who is behind for transporting Squall and his group including Laguna and Ellone to the world of BlazBlue in order to return to their own time. The funny thing in the story is that Squall's battle with Hazama/Yuki Terumi was a play within their current voice actor Doug Erholtz. Also, this is how Rinoa being taught on wielding the gunblade and briefly demonstrates her sorceress powers which refers to her main appearance in Dead Fantasy II. Zell is able to hold his own against strong fighters such as Azrael, Irvine can lent some of Laguna's firearms to demonstrate more of his Limit Break Shot and Quistis is able to whiplash either to ensnare or taking multiple whipslashes to her opponents rather than being a single attack in the game and Selphie might able to utilize her Limit Break Slot.

It was many years before I published this in 2012 because if you had a very strong imagination, you might able to write entire story completely.

Retrieved from "https://finalfantasy.fandom.com/wiki/User:BlazeSeed366?oldid=3168094"
Community content is available under CC-BY-SA unless otherwise noted.