A place for me to experiment with templates, new projects, etc.

I really don't care if people use them as long as they aren't by vandals.

Up and coming!!! or experimental[edit | edit source]

Just messing around with DNC templates. I'm not gonna use them, but if anyone wants to, they can, and if you are going to use them you can change the horrible opening. DO NOT VOTE HERE.

My Addition to Chibi Fantasy 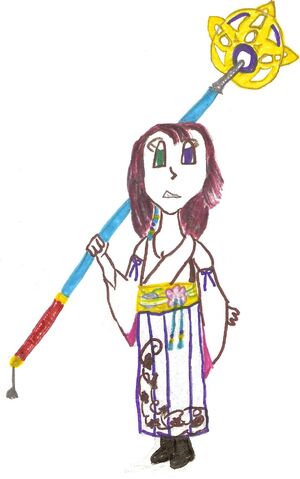 The opening music to the movie.

Played as Marlene explains the past events of Final Fantasy VII.

Played as Cloud rides through the outskirts of Midgar and is attacked by the Remnants of Sephiroth.

Played when Kadaj invades the Healin Lodge and reveals his plans of a "reunion" to Rufus Shinra.

Played during the fight between Tifa and Loz at the church in the slums.

Played at the Ancient City when Kadaj and his gang absorb the Materia that was stolen from Cloud.

Error: Image is invalid or non-existent.