Ur is the hometown of Luneth and Arc in the 3D version of Final Fantasy III and is the first town visited. Located on the Floating Continent, it is a small town located on a valley north of Kazus and east of Sasune. A HP/MP spring and Revification spring can be found.

After meeting with the Wind Crystal, the Warriors of the Light come to Ur to warn Topapa and Nina of their new journey. From here, they head to the nearby town of Kazus.

However, in the 3D version, Luneth informs Topapa and Nina of what happened at the Altar Cave alone. After that, he meets Arc near the spring, where he is being bullied by other kids, so he runs to the town of Kazus in order to prove himself.

"The Village of Ur" from Final Fantasy III (DS)

The background music that plays in Ur is "My Home Town", also known as "The Village of Ur". The theme is also part of the "Following the Wind" track on the Final Fantasy III: Eternal Legend of the Wind album, and is vocalized on the Final Fantasy Song Book "Mahoroba" album. 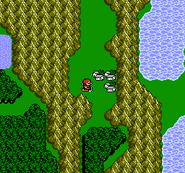 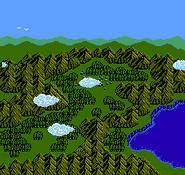 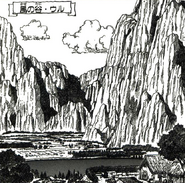 Ur in Yūkyū no Kaze Densetsu: Final Fantasy III Yori

Ur was the name of a Sumerian city in ancient Mesopotamia, where the Biblical figure Abraham was said to have lived.