Underwater (水中, Suichuu?) is a recurring terrain and a type of location in the Final Fantasy series, the first appearing in Final Fantasy III. Aquatic monsters usually inhabit in these location. They often appear as part of the world map, but a having very few dungeons. When appearing on the world, the only vehicle capable of traveling here is the submarine will travel within the watery depths.

On the surface world, the underwater area is accessible once the Nautilus is able to dive beneath the waters. Random battles can occur while traveling under the surface of water. Saronia Catacombs, Sunken Cave, Temple of Time, and ??? (3D remake only) are the only areas that can be found underneath.

While the player can travel with a submarine under the water, there's no random encounters while traveling. Places of interest are minimum, they are: Unknown Cave, Great Sea Trench, and Sealed Temple (Exclusive to the Advance and smartphone releases).

The Serpent Trench is a rapid-moving underwater current that flows from Mobliz to Nikeah. Later in the World of Ruin after the shifting of the world, it is now above water and is traversed on foot. Mog can learn the Water Harmony dance when fighting in water. Exclusive to the Advance and smartphone releases, the battle against Leviathan takes place underwater.

Main article: Bottom of the Sea

The area can only be accessed from Disc 2 onward, after the player obtains a Shinra Sub. The majority of the accessible underwater areas are located near the center of the world map, between the three main continents. Most of the locations in the Bottom of the Sea are entirely optional. While there are no random encounters, the Emerald Weapon appears underwater and will be fought if the player collides with it while piloting the submarine. The Underwater Reactor and Gelnika can be found beneath the waters. The underwater battle background used in the fight with Emerald Weapon is the same as that of the entrance tunnel in the Underwater reactor, except the features associated with the reactor (the tunnel, pipes and the shadow of the reactor) are removed.

Tidus, Wakka, and Rikku can fight underwater, with a number of underwater scenarios that occur during their journey, including the Underwater Ruins and a watery path leading to Besaid Village. The Via Purifico has an underwater section in which the trio are imprisoned and escape from. Lastly, in Mt. Gagazet there are underwater sections the three must access and solve puzzles in order to proceed to the Zanarkand Ruins. All of these sections excluding Mt. Gagazet cannot be returned to once the player has completed them.

Beginning with version 4.0, players may swim underwater in certain areas. While swimming, no combat can occur, though players may still gather materials as Disciples of the Land. To unlock the ability to go underwater, players must complete the Stormblood main scenario quest "In Soroban We Trust", in which they gain the blessing of the sea kami and can breathe underwater from that point onward. This unlocks the optional sidequest "A New Fishing Ex-spear-ience" that will allow them to spearfish underwater.

Shadowbringers introduced the Tempest, a fully underwater region in Norvrandt. Unlike prior underwater areas, the Tempest exists in a giant air bubble created by the fae creature Bismarck, eliminating the need to swim or breathe underwater.

The World of Ocean features an underwater area where the player is required to obtain the Airseed before they can venture underwater. The whirlpool found on the surface will bring them down near Undersea Town, the Undersea Cave leads to the Undersea Castle.

The Undersea Volcano in Apollo's World is the only area that is underneath the water. Even underwater, the lava surrounding the volcano will inflict harm to the player.

Once the player gets the Lost Magic Dive, they'll be able to freely explore the seafloor. They can also engage in random encounters while traveling on the seafloor. Muu and Shipwrecks can be found in all three eras, Castle of Chaos will appear in the present era while the Undersea Shelter will be present in the future only. 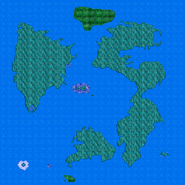 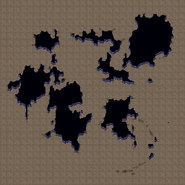 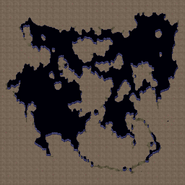 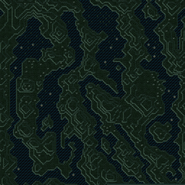 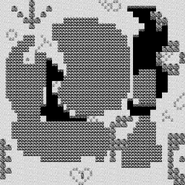 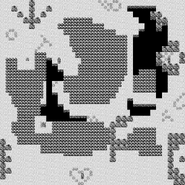 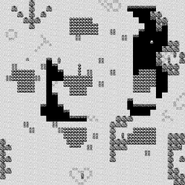 Underwater is a term describing the realm below the surface of water where the water exists in a natural feature (called a body of water) such as an ocean, sea, lake, pond, or river.