"King of the Sea"

Ke-ke-ke! You called? I had hoped my enthralled dummies would dispatch you, but now I've gotta mop up you losers!

Ultros in A King's Tale

Ultros alludes to the boss from Final Fantasy VI. Since his debut in that game, Ultros has appeared as a comic relief character and boss in numerous games in the series.

Ultros is a monstrous purple octopus with a large mouth. In A King's Tale his appearance is true to his Final Fantasy VI debut with a smooth purple body, huge fangs protruding from his mouth, and yellow eyes with red pupils. Kingsglaive depicts him as much more animal-like with more grayish and textured skin, and adds leathery ragged wings to his design. Ultros is much bigger than an average daemon, and according to King Regis's story, can talk, Regis describing him as "very rude." Though an octopus, Ultros appears on land, though he also claims to be the "king of the sea." In Kingsglaive: Final Fantasy XV he appears to be a daemon either caught or created by Niflheim.

Damn thing’s got more lives than arms. Me and the boys went hand to tentacle with that slimy sucker back in the day, but wouldn’t ya know it? He got away.

In A King's Tale King Regis tells his young son Noctis a story of the travels in his youth, and how he encountered a talking octopus that had stolen a magical crystal. Ultros had been angry the Astrals allied themselves with the royalty of Lucis all the while he considered himself the "king of the sea". Regis had cleaved through Ultros's tentacles and the daemons he had summoned to his aid, impressing the young Noctis with the tale.

In Kingsglaive: Final Fantasy XV Ultros is the primary element of the trap used to eliminate the loyal Kingsglaive who attempt to rescue Princess Lunafreya after she is kidnapped by General Glauca on the eve of the armistice treaty. The operation is a distraction to prevent threats from Niflheim's true objective: to abduct Lucis's Crystal and the Ring of the Lucii. Ultros falls and is impaled on the spire of a skyscraper, and subsequently crushed by a falling airship.

In Final Fantasy XV: Comrades, Cid and Weskham talk about how a long time ago they fought a daemon octopus who managed to get away, which was finally killed by Glaives at the signing ceremony, lending credence to Regis's story of how him and his retinue had once fought a talking octopus. 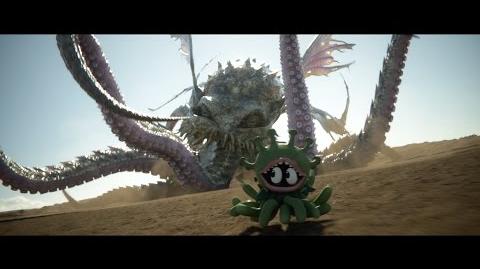 At the end of 2016, Square Enix released the Kingsglaive: Final Fantasy XV "Fan Appreciation Special Movie" that features Li'l Malbuddy fleeing from Ultros when Yamachang appears and makes short work of the monster, later serving up Ultros at his diner in Insomnia. The "Fan Appreciation Special Movie" depicts Ultros as a natural creature rather than as a daemon, as it is out during daylight and doesn't turn into miasma upon dying. 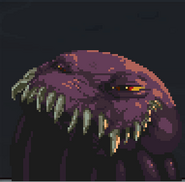