Chamber of the Seal

The Ultima Weapon is a superboss from Soul of Rebirth in Final Fantasy II. It is found guarding the magic spell Ultima in the afterlife, and upon defeat relinquishes the magic to Minwu and his party. It is a palette swap of the Behemoth, modeled to appear similar to Ultima Weapon from Final Fantasy VI.
See also: Ultima Weapon (creature), or Weapon (enemy)

This section about an enemy in Final Fantasy II is empty or needs to be expanded. You can help the Final Fantasy Wiki by expanding it.

Ultima Weapon can be easily defeated if the player equipped Ricard with the Blood Sword in the mainstream game, letting him have the weapon in Soul of Rebirth. Even then, the player needs to keep Ricard alive until he takes up all of the HP from the monster.

Otherwise, it is best to have the party's HP up to a minimum of 2,000 - 2,500 and Minwu have sufficient training in Protect and in Shell spells, for these spells help reduce the damage from Ultima Weapon's Blaze. Haste and Berserk are useful provided the player can keep the Hasted and Berserked character(s) alive.

A chancier strategy, but one that will allow a player to beat Ultima Weapon at relatively low character strength, is to use an Ancient Sword, one of which can be found in the Unknown Cave, to inflict Curse on the monster. It has a low chance of hitting and a low chance of inflicting the status, but Ultima Weapon is not immune to Curse. It is recommended that the wielder of the Ancient Sword also wield another weapon to increase damage output, as the Ancient Sword is not strong on its own. The Curse Tome can also be obtained as a drop from Mini Satanas found at Unknown Palace. Buffs should be in place and characters should still be trained in Cure spells, as the party will have to survive however long it takes for Curse to connect. If Curse connects Ultima Weapon's attack and defense will drop sharply, making it possible for a low-level party to survive its onslaught long enough to whittle away its impressive HP. 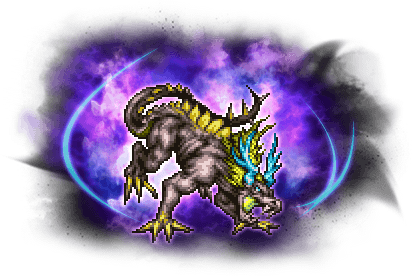 Retrieved from "https://finalfantasy.fandom.com/wiki/Ultima_Weapon_(Final_Fantasy_II)?oldid=3284738"
Community content is available under CC-BY-SA unless otherwise noted.