The Ultima Weapon is a neutral-elemental Eidolon from Final Fantasy Dimensions II. It can be obtained as a signet for Aemo after the player defeats the Ultimate Weapon on the 48th floor of Babil Tower. It is one of Aemo's strongest signets and the only neutral-elemental summon she obtains. The Ultima Weapon teaches Aemo her strongest single hitting magic ability, Ultima.

The Ultima Weapon provides Aemo with her strongest boost in HP and a decent boost in attack, along with other balanced stats. The signet's unlockable passive of increasing the chances of Aemo's magic attacks landing critical hits by 25% allows for the possibility of her attacks such as Ultima and Golden Scintillation to inflict heavier damage that can allow her to inflict more than 100,000 points worth of damage.

In addition, the signet's abilties from both releases are references to previous Ultima Weapons. The summon's Light Pillar attack is a reference to the ability of the same name used by the Ultima Weapon from Final Fantasy VIII. Its original free-to-play version ability was Ultima Beam, which was originally used by the Ultimate Weapon from Final Fantasy VII.

The following are the abilities Aemo can learn from the Ultima Weapon:

The Ultimate Weapon appears as a boss on the 48th floor of Babil Tower. During the fight it summons elemental Ultima Spheres that must be defeated with their opposing elements. The enemy has access to Ultima Beam, Full Power, and Mighty Wall as regular abilities and will cast Ultima as a final attack when defeated. Should the player fail to defeat the orbs in time, the Ultimate Weapon will cast a version of Ultima that automatically defeats the party, even if they have invincibility status.

In the original free-to-play versions, the Ultima Weapon was a rare signet that could only be obtained through participating in the "The Sealed Ultimate Power" raid event. It allowed the wielder to use Ultima Beam abilities and could be equipped by all party members. The rank of the Ultima Weapon signet depended on the player's participation in the raid event. It intially started as a EX rank signet, but could evolve to an SS+ signet with special items obtained during the raid. In the premium version of the game, the Ultima Weapon's original ability was replaced with the new Ultima ability.

In addition, the mechanics of the Ultimate Weapon's boss fight are taken from the Nightmare Ultima Buster encounter from Final Fantasy Record Keeper, which appeared as an event boss in free-to-play version's collaboration event with the title. 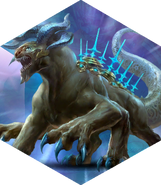 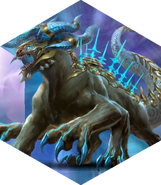 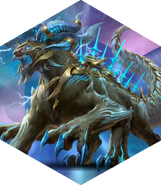 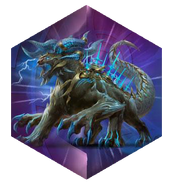