Typhon is a wind-elemental Eidolon from Final Fantasy Dimensions II. It can be obtained as a signet for Morrow to equip as a first-time completion reward for the "Elvin Timber" side quest in Elfheim during the Middle Ages.

Typhon provides average stats to Morrow at the time of its acquisition and teaches him Thunder Breath abilities. However, Typhon's signet soon wears out its usefulness as the player progress through the game and obtains stronger signets.

Typhon's signet artworks are based on his original appearance from Final Fantasy VI. His final artwork depicts him with extra pipes emerging from his back and releasing steam from his mouth.

Typhon's summon attack is Snort, which inflicts stun, speed down for three turns, and turn delay to all enemies. Summoning Typhon costs 2 bars from the Summon Gauge.

The following are the abilities Morrow can learn from Typhon:

In the original free-to-play versions, there were two variations of the summon; a variant that taught Torpor Song abilities and a second variant that taught Speed Break abilities. However, only the latter version carried a passive that would fill the wielder's summon gauge by 15 points at the start of a battle. Both versions of Typhon were released alongside the Ahriman signet and could only be obtained through the game's summon draw shop. Typhon's signets could be equipped by any party member. 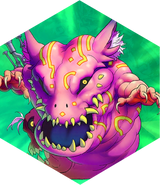 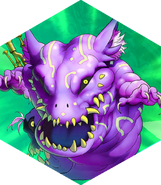 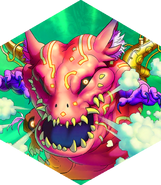 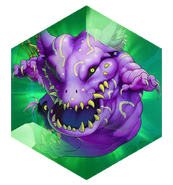