The Twinhead Wyvern is a monster from Final Fantasy Mystic Quest, and the reincarnation of Dualhead Hydra. It guards the fifth floor of Doom Castle in a room modeled after Lava Dome's inner chambers.

With attacks as powerful as Iflyte and Stheno, it can make the battle difficult, though these attacks can be cured easily. 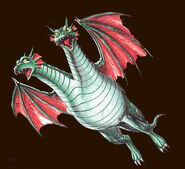 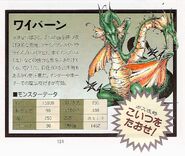 In Germany, the boss is called "Siamdrache" meaning "Siamese Dragon". This is not in reference to hailing from Siam, but rather by being conjoined (or Siamese) twins.

Retrieved from "https://finalfantasy.fandom.com/wiki/Twinhead_Wyvern?oldid=3197960"
Community content is available under CC-BY-SA unless otherwise noted.