The Turks is the unofficial name of the Investigation Sector of the General Affairs Department (総務部調査課, Sōmubu Chōsaka?; alternatively, Administrative Research) of the Shinra Electric Power Company in Final Fantasy VII. They work inside the Public Security Division under Shinra executive Heidegger. 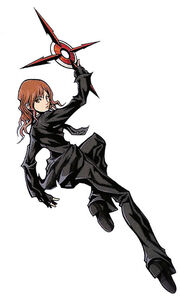 The Turks act similarly to an intelligence agency or investigative bureau, engaging in reconnaissance and espionage, or even black ops, including kidnappings and assassinations, on behalf of the corporation. They are also known for scouting for potential SOLDIER candidates. The Turks are consummate professionals, adhering to the mission no matter what. Due to the nature of their job, members are privy to numerous company secrets, and as such, become security risks should they resign.

During the time Shinra is at war with Avalanche some Turks are also ordered to aid in the battle against the defector SOLDIER member Genesis Rhapsodos. Tseng, a high-ranking Turk, aids SOLDIER member Zack Fair in a mission to Genesis's hometown of Banora to investigate the disappearance of two unnamed Shinra operatives. They are found dead and buried. Tseng later accompanies Zack on a mission to Modeoheim to try and find Genesis's headquarters and where he is making his copies. The Turks are also keeping an eye on Aerith Gainsborough, the last known Cetra, who lives in the Sector 5 Slums of Midgar.

During Before Crisis -Final Fantasy VII- the Turks are led by Veld with Tseng below him. Along with veterans, such as Reno and Rude, the Turks are made up of eight rookies. The Turks fight Avalanche, an eco-terrorist organization bent on destroying Shinra. President Shinra briefly replaces Veld with Heidegger with disastrous results. Veld blackmails the President to make him return the Turks to his command.

Veld discovers the Avalanche leader, Elfe is his daughter twisted by her evil scientist lieutenant, Fuhito. To save her from the ancient summon inside her, Zirconiade, the Turks defect from Shinra using Rufus Shinra, company Vice President and President Shinra's son, as leverage, but the President orders the Shinra executive Scarlet to kill them nevertheless. Despite the threats from both Shinra and Avalanche, the Turks stop Fuhito and destroy Zirconiade. Veld and his daughter, along with many of the Turks, disappear. Tseng reports having assassinated them, allowing him to become the new leader of the Turks, but in truth the former members go into hiding.

During the events of Final Fantasy VII and its remake, the remaining Turks come into conflict with another Avalanche cell led by Barret Wallace while acting on orders to capture Aerith, the last living Cetra whom Shinra's executives believe could lead them to the promised land. Cloud aids Aerith in evading the Turks, who are then reassigned to destroy Sector 7 by dropping the section of Midgar's upper level to crush Avalanche's headquarters in the Midgar Slums while pinning the disaster on the terrorists. Cloud and his friends are unable to prevent both the plate's fall and Tseng capturing Aerith during the chaos. They storm the Shinra Building to save Aerith as the supposedly dead SOLDIER Sephiroth appears in the building and murders President Shinra.

After Rufus Shinra takes over the Shinra Company, the Turks are assigned to track down Sephiroth with Elena joining the Turks' ranks. Crossing paths with Cloud and his friends in the Mythril Mine, Tseng wishes Aerith well while declaring the Sephiroth mission takes priority over her recapture.

The Turks discover Sephiroth is looking for the Temple of the Ancients, and after the Shinra executive Reeve Tuesti infiltrates Avalanche's ranks under the guise of the robotic Cait Sith, he betrays Avalanche by handing the Keystone to the temple to Tseng. Tseng and Elena inspect the temple, but run into Sephiroth and Tseng is badly wounded. When Cloud and his friends find him slumped in a corner, Tseng returns the Keystone.

Though they are enemies, the Turks cooperate with Cloud's party in Wutai. Don Corneo, a former Shinra informant who had let Avalanche in on Shinra's plan to destroy Sector 7, thus became an enemy of the company. Shinra army is sent to eliminate him, and tracks him down in Wutai Village. Reno, Rude and Elena are enjoying their time off at the tourist resort, and turn down the soldiers' request for aid. Elena disagrees with refusing company orders, and storms off, and is kidnapped by Corneo alongside a member of Cloud's party, Yuffie Kisaragi. Working together, Cloud's party defeats Corneo's monster Rapps and Reno and Rude throw Corneo off the Da-chao Statue. Though they get a call to keep pursuing Cloud's party, the Turks shrug it off since they are still off duty.

When Diamond Weapon attacks Midgar the top levels of the Shinra Building are destroyed, and Rufus Shinra, the current company president, is thought dead, and the Shinra executives go rogue. When Cloud and his friends are on their way to stop Professor Hojo, the head of Shinra's Science Department, from destroying all of Midgar, the Turks run into them in the train tunnels. The Turks are not keen on fighting Cloud's party, who have a chance to convince the Turks to separate amicably.

The Turks feature prominently in "Episode: Shinra". After helping Rufus escape the Shinra Headquarters ruins, Tseng has Rude, Reno and Elena assist the citizens of Midgar escape before and after the Meteor falls. Veld and the Turks who defected the company during the battle to stop Zirconiade, also return, and together the Turks watch as Meteor is destroyed over Midgar by the lifestream and Holy. When Rufus is kidnapped by Mütten Kylegate, the Turks guard Shinra property in Midgar's ruins and change the passkeys to the warehouses to stop scavengers sent by Kylegate.

In Final Fantasy VII Remake, the Turks have a dedicated battle theme called "The Turks: Reno", which plays Cloud duels Reno in the church at the Sector 5 Slums, as well his later duel with Rude near Aerith's house. It is a rock version of the classic Turks' Theme, which incorporates some leitmotivs of other themes, most notably the "Infiltrating Shinra HQ" and "Let the Battles Begin!" from the original Final Fantasy VII. 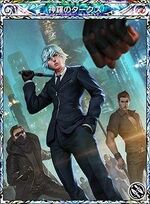 Revealed by Final Fantasy VII Ultimania Omega, the game script once contained a scene where a member of the Turks would come into Tifa's bar in Sector 7 pretending to be drunk, to spy on Avalanche activities, but Tifa would have soon become suspicious and asked them to leave. Although this character was removed from the game, there still is a line of dialogue that seems to refer to this character, when Tifa mentions Barret squeezing information out of a suspicious man, who divulges Don Corneo's involvement with Shinra.

In Crisis Core -Final Fantasy VII- two unnamed agents were killed by 1st Class SOLDIER Genesis Rhapsodos when they went to Banora Village to investigate. They, along with Genesis's parents, were revealed to be buried under a Banora White tree.

A sub scenario focusing on the Turks was in the plans for Final Fantasy VII Remake at one point.[1]