The Tropical Island is a dungeon in Final Fantasy II. The party visits the island to obtain the Black Mask, formerly worshiped by the tropical islanders. On the dungeon's fourth floor there is a staircase that leads outside of the cavern. Here, members of a strange masked tribe make their home, and those in red garb sell the party equipment and consumable items.

The dungeon can be visited and the Black Mask obtained as soon as the party earns the Pirate Ship.

A warp tile behind the Black Mask chest takes the party onto the World Map outside the cave.

On their quest for the Crystal Rod and the Ultima Tome, Firion and his friends reach the island, finding it deserted, and descend into the island's cave. By defeating a group of Big Horns, they claim the Black Mask. After obtaining this treasure as well as the White Mask, the heroes head to the Mysidia Cave to find the artifact that will grant them entrance to the Mysidian Tower.

The background music inside the Tropical Island is called "Dungeon", while "Ancient Castle" plays during Firion's visit to the indigenous village. 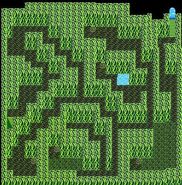 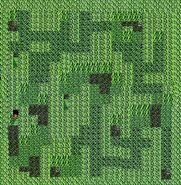 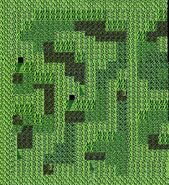 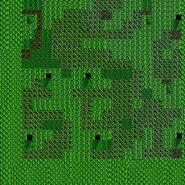 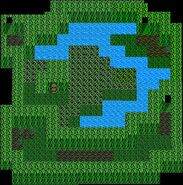 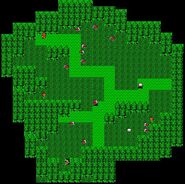 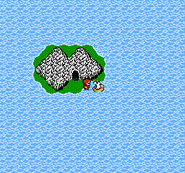