Treatment (ちりょう or 治療, Chiryō?), also called Cure, Heal, Medic, Panacea, Remedy, Restore and Care, is a recurring ability in the series that either removes negative status ailments or restore HP. It is often used by enemies, but it has also been an ability used by the party.

Restore (Heal on SNES, Medic on PS, and Panacea on GBA) is an enemy ability that removes all negative statuses from the party. It is used by Dr. Lugae (2D and 3D).

Panacea is an enemy ability that removes negative status effects. This ability can be used by Apanda and Hellraiser. It can be utilized by the player by catching and releasing a Pao.

Treatment is a battle command that removes all negative status effects from the target, including Doom, while the regular spell Esuna cannot. Treatment is learned from the Guardian Force Siren for 100 AP. It can also be learned by any GF with the item Med Kit, obtained by refining from 100 Dragon Fangs.

Care is an ability that has 5 uses and it removes all status ailments except Ston and Dead. This ability exclusive to Anubis.

Heal is an ability that has 30 uses, it also increases a Robot's HP by 9. Recovers the status of a single target, it can only be use outside of battle. This ability can be used by Anubis, Madame, Treant, and Unicorn.

Restore is an active ability that restores HP on a single target for 3 AP. It can be used by 2P Serafie, Red Captain, and Water Golem.

Treat is a Miscellany ability learned by Freelancers at job level 2. It restores the HP of one ally by 20%, and can be used even in the silence state. It does not cost MP. 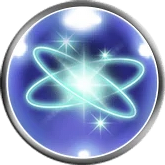 [view · edit · purge]A medic is an umbrella term for a person involved in medicine. The following fall under this term: a physician, paramedic, medical student, and sometimes a medically-trained individual participating in the role of a medic such as an emergency medical responder.

[view · edit · purge]The panacea, named after the Greek goddess of universal remedy, was supposed to be a cure to all diseases and prolong life indefinitely.