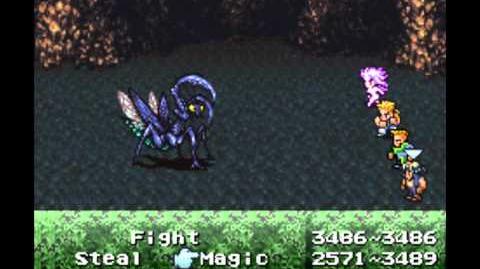 The Trance glitch is a glitch in Final Fantasy VI that allows a player to permanently Trance Terra Branford during a battle through the use of anything that prevents Terra from acting when Trance's ATB gauge runs out, such as the Quick spell or the Stop status. In the first example, the player must have Terra use the Trance command, then cast Quick with a second character. Once Quick is cast, the player waits until Terra's Trance ATB gauge depletes before executing a command. When this happens, she will not change back and will remain permanently in Trance. In the second example, the player must have either Sleep, Stop, or Frozen status applied on Terra as the Trance's ATB gauge becomes empty, letting the meter run out during the spell or status meant to stop Revert.

This occurs because the game simply issues the command to Revert one time, and if Terra has an opportunity to act on it but cannot, the command will fail and the game won't make any further attempts to repeal the Trance status. Terra will thus remain in esper form for the rest of the battle until she is killed or the player reverts back through the Revert command manually. It should be noted that her ATB gauge will act normally without any side effects. This bug was fixed for the Advance release when Terra is inflicted with the three statuses mentioned above, but the bug can still be achieved with the Quick spell.