Boosts attack and magic. The duration increases as more battles are fought.

Trance, also known as Morph,[1][2] is Terra's special command in Final Fantasy VI. For its duration, Trance doubles her offensive stats, doubling her physical and magic damage and halving the magic damage she receives. The duration of Trance is marked by a green gauge (replacing her ATB gauge) that slowly decreases. Trance expires either when the gauge is empty, or when she uses the command Revert.

In the story, Trance is when Terra Branford transforms into her esper form, unlocking her latent magical potential and increasing her power drastically. Trance is unlocked partway through the game's main story, when Terra discovers these powers, and rejoins the party in Zozo. Thereafter, she can use the ability at any time in battle, but will revert to her human form after use. In the second battle against Humbaba, Terra starts in Trance and remains there for the duration of the fight.

In contrast to other characters' commands, Gogo cannot use Trance, likely due to story reasons.

Trance has appeared throughout the series as Terra's trademark ability. Aside from her Desperation Attack,Riot Blade, Trance is sometimes depicted as Terra's limit break. The limit break system in Final Fantasy IX is based on Terra's Trance from Final Fantasy VI.

The length of time Terra can stay in Trance depends on the amount of Magic AP she has gained after battles. If she has not gained enough, she cannot enter Trance, and if her Trance gauge depletes during battle, she cannot enter Trance in the next battle until she acquires enough Magic AP. The maximum amount she can have is 255. Terra can also change back into a human at will with the Revert command.

Trance does not affect Terra's current status effects. Petrify cancels Trance, while haste, slow, and stop have no impact on Trance's duration. Stop can even be exploited with Trance; if Terra's gauge hits zero while in Trance and stopped, she will remain in Trance for the rest of the battle until KO'd.

While wearing the Moogle Suit, the character displays a moogle sprite in battle. If Terra is equipped with it when she uses Trance, the moogle sprite will be overwritten by esper Terra's sprite.

Trance doubles Terra's damage, gearing her toward an offensive role. Due to Terra's naturally high Magic stat, and her ability to equip a wide variety of weapons, Terra with Trance can deal immense physical or magic damage, regardless of which playstyle the player chooses. The ability is best saved for boss battles, especially against bosses that deal magic damage (which she will resist while in Trance). Later in the game, Trance allows Terra to hit 9999 damage easiest of any character.

If optimizing Trance for magic damage, Terra can be built around the female-exclusive equipment she has access to. Early on, the best relics to improve spellcasting are Earring and Hero's Ring, which boost magic damage by 25% (where Hero's Ring boosts all types of damage by this amount), and Gold Hairpin, halving the MP cost of spells. Later on, the much more powerful Soul of Thamasa relic, changing the Magic command command to Dualcast, is a better relic for Terra than any other party member, as it allows her to optimize her limited time in Trance by casting two spells at once, further doubling her magic damage output. In addition, Celestriad reduces the MP cost of spells to 1, meaning Terra with Trance can cast unlimited spells with no drawbacks.

When optimizing Terra for physical damage, she can be built around the wide variety of weapons she has access to. Her naturally high Magic stat makes her well-suited for weapons with a chance to cast spells when hitting enemies, such as Flametongue, and Trance doubles both damage types. She can also benefit from weapons that consume MP to deal critical hits, such as Rune Blade, with Trance making these weapons more MP-efficient. If her HP is kept topped up, Ultima Weapon used by Terra in Trance can be devastating, and powerful weapons such as Lightbringer can be equally powerful. The relics Genji Glove and later Master's Scroll can further improve this, and with both combined, a Terra in Trance can easily deal eight hits of 9999 damage, the maximum possible damage output in a single turn.

Choosing between physical and magic damage depends on player preference. Trance makes Terra the best offensive spellcaster in the game, as though Celes and Relm both have access to the same female-exclusive equipment—and Relm has the higher natural Magic stat—Trance's damage output is unmatched. For physical damage, though Locke, Edgar, and Celes can also equip two Ultima Weapons paired with Genji Glove and Master's Scroll, Trance will make Terra's damage consistently higher. As such, it will largely depend on which stat the player chooses to boost when leveling her up with magicite; those that boost her Strength stat improve her physical damage output, while Magic will improve her magic damage. Given limited equipment and relic slots, players may prefer to put Terra in an offensive spellcasting role (where she is unmatched), allowing Celes to serve a defensive spellcasting role while Locke or Edgar can fill an offensive physical damage role.

One great use of Trance is against Deathgaze. Because Deathgaze's appearances are fleeting, Trance will help deal as much damage as possible to the boss before the next encounter. Deathgaze mostly deals magic damage, which Terra in Trance will resist, making her more likely to survive those encounters.

As Terra's signature ability, Trance is used by Terra in her other appearances as she taps into her esper abilities.

In the 2008 Dissidia Final Fantasy, Trance is Terra's EX Mode. While in her EX Mode Terra gains the ability to Glide through the air by holding

and gains the Chainspell ability, letting her use two magic attacks in succession. She also gains the normal EX Mode benefits of Regen and an increased critical hit rate. Terra retains this in Dissidia 012 Final Fantasy, where the speed of Glide is increased, while Chainspell's effects remain the same.

In Dissidia Final Fantasy NT, Terra's Trance form serves as her EX Skill, and temporarily increases her attack, defense, and movement speed. She also enters Trance in story mode when preparing to fight the Emperor and Sephiroth with Zidane and Kuja.

In Dissidia Final Fantasy Opera Omnia, based on her EX Mode, Terra's Trance form is seen only during her Finishing Burst, Trance Ultima. During this final attack, Terra calls forth a cluster of tornadoes to batter one enemy, and finishes that same foe with a Holy spell and an Ultima spell.

Terra's Trance form in Dissidia, based on her concept art.

Terra's Trance form in her alternate outfit, based on her sprite appearance. 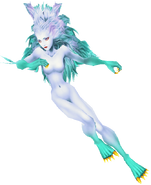 Terra's Trance form in her third outfit in Dissidia 012.

Terra's Trance form in her first outfit in Dissidia NT.

Terra's Trance form in her second outfit in Dissidia NT.

Terra's Trance form in her third outfit in Dissidia NT.

In Theatrhythm Final Fantasy, Trance is Terra's exclusive skill, learned at Level 40. During Battle Music Sequences, after the player the player chains 30 notes, Trance activates and triples the power of Terra's magic skills for the rest of the BMS. Later, in Theatrhythm Final Fantasy Curtain Call, Trance is an exclusive reactive ability that costs 18 CP to equip. It is activated just once in Battle Music Sequences (BMS) when the player make a chain of 30 hits. It triples effects of magic-type abilities for equipped character. It is learned by Terra (level 40).

Terra can appear in her Trance form in Pictlogica Final Fantasy, Final Fantasy Airborne Brigade, Final Fantasy All the Bravest. In the latter, Terra uses Trance with her Riot Blade attack, before reverting to her human form. Trance is the ability of Terra's TCG card. For the cost of two Ice CP and the discard of another Terra card, Trance grants Terra +3000 power and the Pre-Emptive Strike ability.

In Final Fantasy Record Keeper, several of Terra's Soul Breaks depict her entering Trance during the attack, and her default Soul Break is Trance Attack, a high-power physical attack on a single enemy. Terra's Legend Materia, "Magitek Warrior", and some of her Soul Breaks, allow her to enter Trance form for a period of time, during which her stats are increased and her actions execute twice as quickly. One of Terra's Arcane Dyad Soul Breaks is named "Trance (Terra)", but its mechanics are separate from the Trance form she is able to enter as part of other Soul Breaks.

In Final Fantasy Brave Exvius, Trance Terra is a character and summonable vision whose Trust Master reward is the Soul of Thamasa accessory, which increases the wielder’s MP by 30% of its base and enables the Dualcast command. 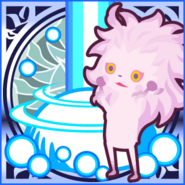 During the second battle with Humbaba where Terra battles in her permanent esper form, if Terra is KO'd, the player will get to see the KO'd sprite of her esper form. This is the only instance to see this sprite, but there's a good chance the player will miss it since the battle isn't that challenging. If Terra is KO'd after transforming in any other battle, she'll revert to her original form. The same applies when using the Trance glitch. 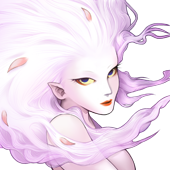 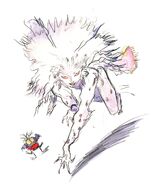 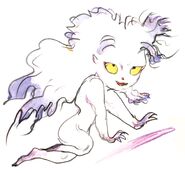 [view · edit · purge]Trance denotes a variety of processes, ecstasy, techniques, modalities and states of mind, awareness and consciousness. In general, it simply means 'idle and motionlessly resting' or 'mesmerized'.