Cid Pollendina: Oh, shut up and help me remodel the Titan (Brave Exvius) page!
Please expand this article into a full one. The following tasks need to be completed:This request can be discussed on the associated discussion page. Remove this notice upon completion.

Cave of the Titan

Titan is an optional esper in Final Fantasy Brave Exvius. He rests in an cave on the Mysidian continent, and is said to embrace the power of Gaia. In Mysidia, it is believed that any rumbling of the ground is the Titan tossing in its sleep.

Though Titan has a calm side, once he is angered he will rampages until he finally calms down. His anger is said to be strong enough to crush any human, animal, or even monster around.

Hailing from the world of Paladia, Titan was one of the many esper who were banished to the world of Lapis at the conclusion of a great civil war between Aldore and Hess.

Among the Paladian exiles, Sakura of the Sworn Eight chose the continent of Mysidia to conceal herself. However, she wished to spread the research of magic there, but was a barren place and too hostile for human occupation. As the people would need food and water to live there, she sought Titan's power.

In order to obtain Titan, the player must first unlock access to the optional town Sorcerer's Hideaway. To do so, the player must clear Magi Training Grounds to unlock Mysidia Tower and watch the cutscene there, then go to the Mysidia Underground - Exploration and talk to a NPC. After unlocking Mysidia Tower Top and watching the cutscene there, the player unlocks the town. Once at Sorcerer's Hideaway, talking to a NPC will unlock Cave of the Titan when the player returns to the world map.

Titan's primary stats are HP, ATK and DEF, and is thus recommended to equip him to Physical Damage units. His stats (without choosing nodes in his grid), along with the base stat points he grants when equipped by a unit, are:

In order to obtain Titan, he must be faced in an esper battle in Cave of the Titan. 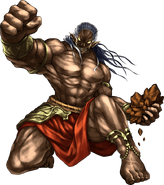 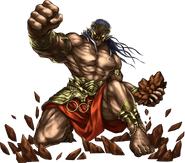 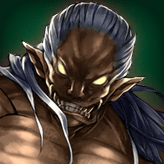 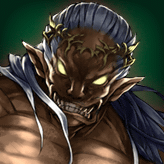 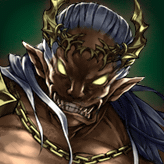 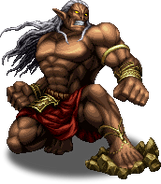